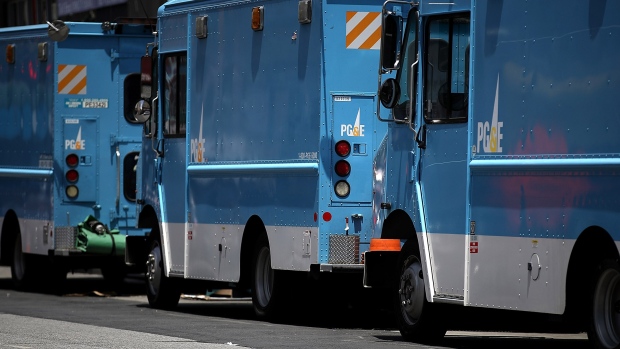 (Bloomberg) -- PG&E Corp., the bankrupt California power giant facing $30 billion in wildfire liabilities, is nearing a deal with a group of investors that includes naming Bill Johnson as chief executive officer and overhauling its board, according to people familiar with the matter.

PG&E is nearing an agreement with the group -- consisting of Knighthead Capital Management, Redwood Capital Management and Abrams Capital Management -- to hire Johnson, the outgoing CEO of the federally operated power agency Tennessee Valley Authority, said the people, who asked not to be identified because the matter is private. The deal, which would also keep three current directors and nominate 10 others for the board, could be announced as soon as Wednesday, the people said.

Johnson would be appointed to the board at a later date subject to a shareholder vote, they said. While an agreement is close, no final deal has been reached and talks may still fall apart, the people said.

The appointments follow an intense, weeks-long battle over who will lead PG&E out of the biggest utility bankruptcy in U.S. history. The three shareholders, which collectively own almost 10 percent of PG&E, disclosed their plans to push for changes at the company last month. They have squared off against activist investor BlueMountain Capital Management, which put forth its own slate of 13 directors. Even California Governor Gavin Newsom joined the fight, urging the company to resist hedge fund picks and appoint local directors.

BlueMountain had nominated 13 candidates including former California treasurer Phil Angelides, National Transportation Safety Board ex-chairman Christopher Hart and Jeff Ubben, chief executive officer of activist investor ValueAct Capital Management. It’s unclear whether the firm will push ahead with its proxy fight despite PG&E’s agreement with the other group.

The new board will have to guide PG&E through what’s what’s already a contentious reorganization as shareholders, creditors, wildfire victims and California officials grapple over restructuring a utility serving 16 million people in one of the world’s largest economies.

PG&E filed for bankruptcy in January, while facing $30 billion in liabilities tied to wildfires that its equipment may have caused. The company promised a board overhaul as its power lines were probed for starting the deadliest wildfire in California history, killing 85 people last year.

Newsom earlier criticized PG&E’s plans to revamp its board with what he described as “hedge fund financiers, out-of-state executives and others with little or no experience in California and inadequate expertise in utility operations, regulation and safety.” He urged the company to consider a board made up primarily of Californians.

--With assistance from David R. Baker and Matthew Monks.

To contact the reporters on this story: Scott Deveau in New York at sdeveau2@bloomberg.net;Mark Chediak in San Francisco at mchediak@bloomberg.net

To contact the editors responsible for this story: Lynn Doan at ldoan6@bloomberg.net, Joe Ryan, Michael Hytha