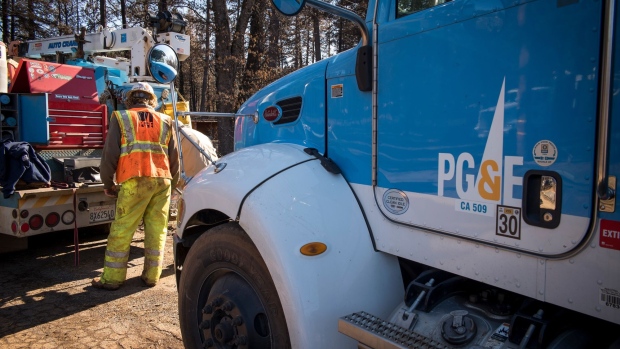 (Bloomberg) -- PG&E Corp. is ending a five-year felony probation as a “continuing menace to California,” a judge supervising the company said in his parting observations, noting that during the probation term the company has gone on a “crime spree” while he was trying to rehabilitate it.

U.S. District Judge William Alsup has overseen the utility’s probation since its conviction in 2016 of crimes tied to a 2010 natural gas pipeline explosion that killed eight people in a San Francisco suburb.

“While on probation, PG&E has set at least 31 wildfires, burned nearly one and one-half million acres, burned 23,956 structures, and killed 113 Californians,” Alsup said in a scathing report issued Wednesday.

While some victims and company critics have urged the judge to extend the probation, Alsup said the U.S. Attorney hasn’t asked for an extension and he will not do it on his own.

PG&E didn’t immediately respond to a request for comment.

State fire officials have blamed the company’s power lines for sparking many of the largest wildfires in the state’s history, including the Camp, Butte, Kincade, Zogg and Dixie fires.

“We remain trapped in a tragic era of PG&E wildfires because for decades it neglected its duties concerning hazard-tree removal and vegetation clearance, even though such duties were required by California’s Public Resource Code,” the judge wrote.

The judge said the company should be broken up into two separate utilities, one to service high fire threat districts and the other for the rest of the state.

“Less sprawling utilities would be easier to train and to instill practices and procedures that truly put safety first,” Alsup said.