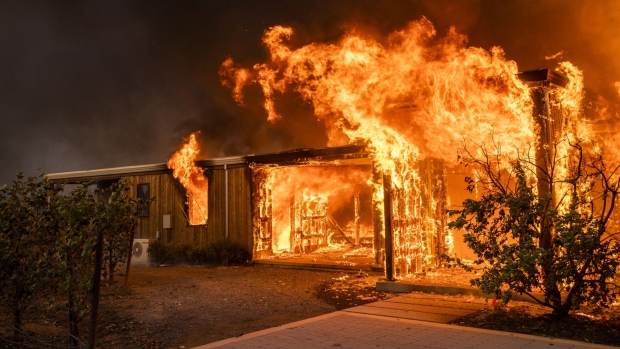 Flames engulf a home as it burns along Highway 128 during the Kincade fire in Healdsburg, California, Oct. 27, 2019. Bloomberg/Phil Pacheco

PG&E Corp., the California utility that went bankrupt in January after its equipment sparked deadly wildfires, expects as much as US$6.3 billion in after-tax costs from the blazes, its Chapter 11 case and the recent blackouts.

The troubled power giant reported a US$1.6-billion loss for the third quarter. It was driven by US$2.5 billion pre-tax charge for claims related to the 2017 Northern California wildfires and the 2018 Camp fire, the company said in a statement Thursday. PG&E is not providing 2019 earnings guidance.

“Obviously it’s a big write down but the key remains how the bankruptcy will get resolved,” Bloomberg Intelligence analyst Kit Konolige said in an interview.

The earnings are the first PG&E has reported since its mass blackouts last month intended to keep power lines from sparking wildfires during windstorms, which drew outrage from state lawmakers and raised the specter of a government takeover. Despite the shutoffs, blazes continued to erupt. PG&E’s equipment has been identified as a possible cause of at least three. 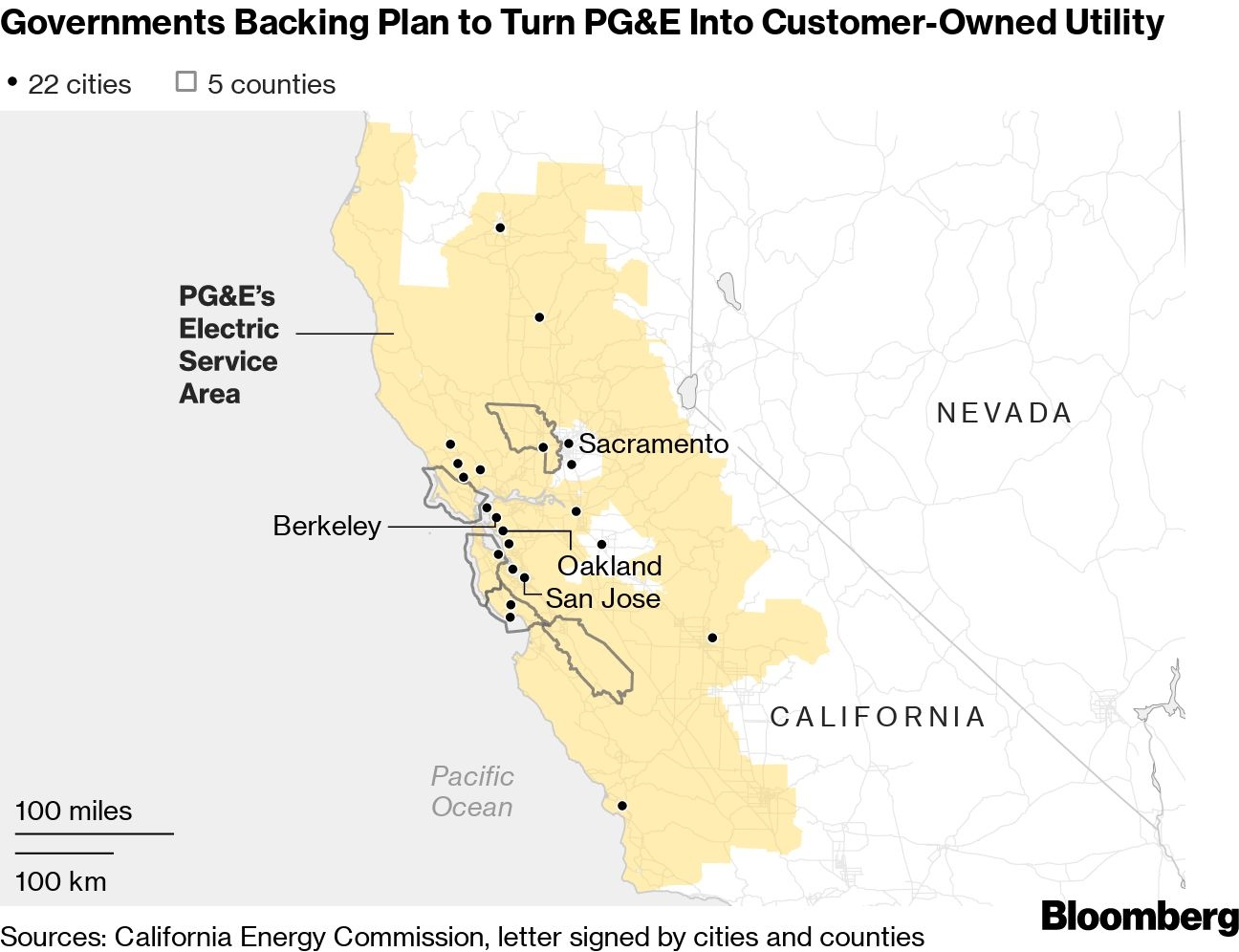 The biggest of those blazes, the Kincade fire in Sonoma County, began Oct. 23 shortly after PG&E equipment malfunctioned in the area. While the cause has yet to be determined, it’s “reasonably possible” the company will incur a loss related to the blaze, PG&E said in a filing Thursday. “The utility could be subject to significant liability in excess of insurance coverage,” the PG&E said.

The prospect of more wildfire liabilities is critical for PG&E. Since filing for Chapter 11 in January, the judge overseeing its case has warned another big blaze blamed on its equipment would upend the bankruptcy and potentially wipe out shareholders.

During October, PG&E enacted four massive blackouts to keep power lines from toppling in high winds and igniting more fires. Aside from fire liabilities and bankruptcy costs, the US$6.2 billion to US$6.3 billion in after-tax costs the company is expecting includes $65 million for customer credits related to shutoffs on Oct. 9, plus other items.

The company’s earnings come days after California Governor Gavin Newsom met face to face with PG&E Chief Executive Officer Bill Johnson and pressed him to quickly strike a deal with investors. Newsom has said the state won’t hesitate to take over the company if it doesn’t act soon.

PG&E’s reorganization has drawn some of biggest names on Wall Street, including a group of bondholders led by billionaire Paul Singer’s Elliott Management Corp. and Pacific Investment Management Co. The bondholders have aligned themselves with wildfire victims to pitch a restructuring plan that would all but wipe out existing PG&E shareholders, including Seth Klarman’s Baupost Group LLC.

PG&E stock has plunged 30 per cent since the start of October, when the company lost its exclusive right to pitch a reorganization plan and became the subject of attacks over its blackouts and wildfires.

--With assistance from Christopher Martin.