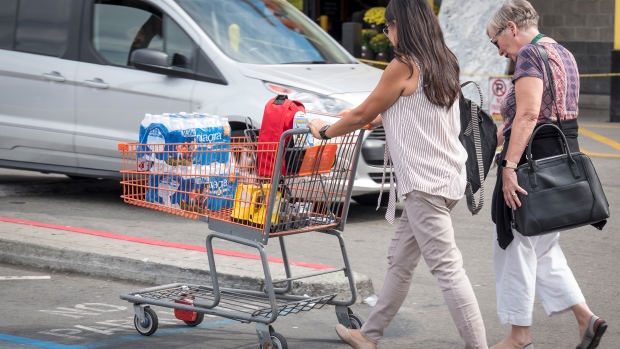 PG&E Corp., the California utility giant forced into bankruptcy by two years of devastating wildfires, is carrying out the biggest planned blackout yet to keep power lines from sparking more blazes.

PG&E began cutting electricity as part of an orchestrated shutoff that will eventually plunge almost 800,000 customers into darkness across Northern California, including parts of Napa Valley and Oakland. Cutoffs began after midnight local time Wednesday, with the first phase impacting about 513,000 customers, as hot, dry winds were forecast to pick up speed.

Altogether, more than 2 million people may be affected, based on city estimates and the average size of a U.S. household. The city of San Francisco was outside of the shutoff zone as of Tuesday.

Never before has a utility planned such a widespread shutoff affecting so many customers at once to avoid a wildfire in California. It’s the latest testament to how climate change-driven extreme weather is forcing people and businesses alike to adapt. This week’s outage will mark the first time PG&E has coordinated a blackout in a major metropolitan area. Previous ones involved rural areas prone to wildfires.