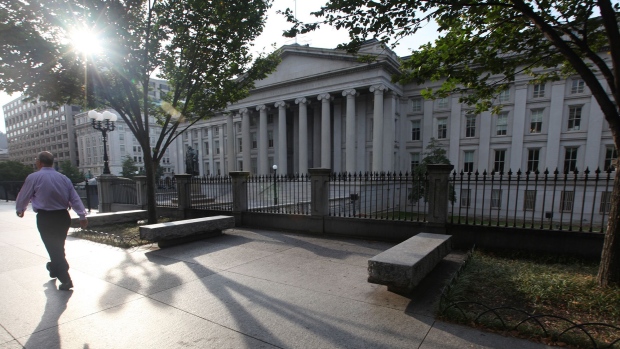 The bond market has taken a major U-turn in recent weeks, causing the ever-important 10-year Treasury yield to jump from a three-year low of less than 1.43% in September to almost 2% on Thursday. Is this a turning point for fixed income or just a correction in an overbought Treasuries market? The “What Goes Up” podcast poses this question to Robert Tipp, chief investment strategist at PGIM Inc., whose $50 billion Total Return Bond Fund has beaten 95% of similar funds over the past year.“To a large extent, what we’ve seen so far is an equal and opposite reaction to the panic buying that we saw not too long ago, and we’ll have to see if the fundamentals follow through,’’ Tipp says. “But our base-case would be that the range for the 10-year Treasury is maybe 1.5% to 2.5%, but probably more likely something like 1% to 2%, and that we’re going to see these fundamentals reassert themselves and cause rates to stabilize, and maybe even fall again.’’Also joining the podcast is Bloomberg Executive Editor Chris Nagi, who discusses what the rise in yields means for a U.S. stock market that touched record highs this week.  Mentioned in this podcast: Career Risk Flashing in Fund Land as Only 29% Beat BenchmarksU.S. Rates: Low for Long, But Likely Positive Robinhood Traders Discovered a Glitch That Gave Them ‘Infinite Leverage’

To contact the editor responsible for this story: Topher Forhecz at tforhecz@bloomberg.net, David Rovella