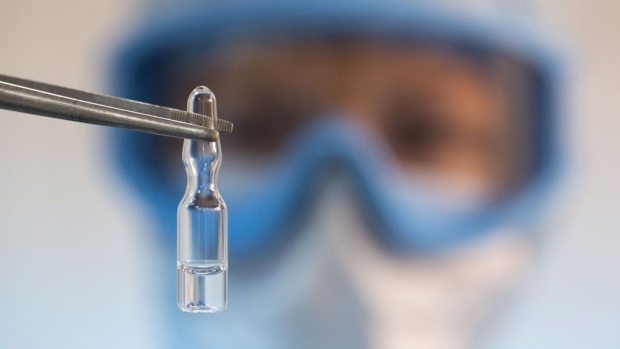 (Bloomberg Opinion) -- Pandemics make for strange bedfellows and behavior in the pharmaceutical industry.

The world is relying on drugmakers’ expertise to get us out of the Covid-19 crisis — initially with treatments to help lessen the risks from contracting the virus, and then ultimately with a vaccine. The high pressure, enormous need, and global attention are leading companies to try new things on the fly. Just last week, Regeneron Pharmaceuticals Inc. signed a pact with its erstwhile rival Roche Holding AG aimed at substantially boosting supplies of a potential treatment for Covid-19; it even made some monetary sacrifices to do so. And that’s only the latest example.

Much of what’s happening represents a war-time type response to a unique situation, and it may not be repeated. These are for-profit companies, after all, and they will act accordingly. But from an unprecedented vaccine hunt to international manufacturing deals, the drug industry's response shows the possibilities of what a more collaborative medicine market could bring.

Take the Regeneron-Roche deal, under which Regeneron will sell its promising antibody therapy in the U.S., and Roche will handle the rest of the world. The companies will carry their own manufacturing and distribution costs and divide development expenses and profit. Roche's muscle could more than triple capacity, according to Regeneron.

Typically, Roche would pay a hefty price for a cut of a promising drug's potential sales. In this case, Regeneron is forgoing that customary upfront payment and surety in favor of maximizing supply during the pandemic. Regeneron won't be able to satisfy global demand on its own, and Roche is a giant in the field of antibody drugs. The bigger company has a lot of incentive to scale up manufacturing; it will receive between 40% and 50% of gross profit.

Regeneron will get nothing but some of its costs covered if it doesn't pan out. However, the company can't sell medicine that it can't make. Picking volume and patient access over a higher profit margin — a tactic drugmakers too rarely embrace — makes sense from a humanitarian and business perspective.

While the Regeneron-Roche deal focuses on antibody manufacturing, uncommon partnerships and arrangements are forming in other areas as well to meet various pressing needs. Here are just a few:

It’s great that companies and the government are stepping up. But the moment will be wasted if everything snaps back post-pandemic. Better pricing, more focus on patients and public health, and less duplication of effort are all possible and should be the expectation even when there isn’t a crisis.