Philip Morris International Inc., the maker of Marlboro cigarettes in overseas markets, is in talks to reunite with Altria Group Inc. more than 10 years after the tobacco giants split their operations. 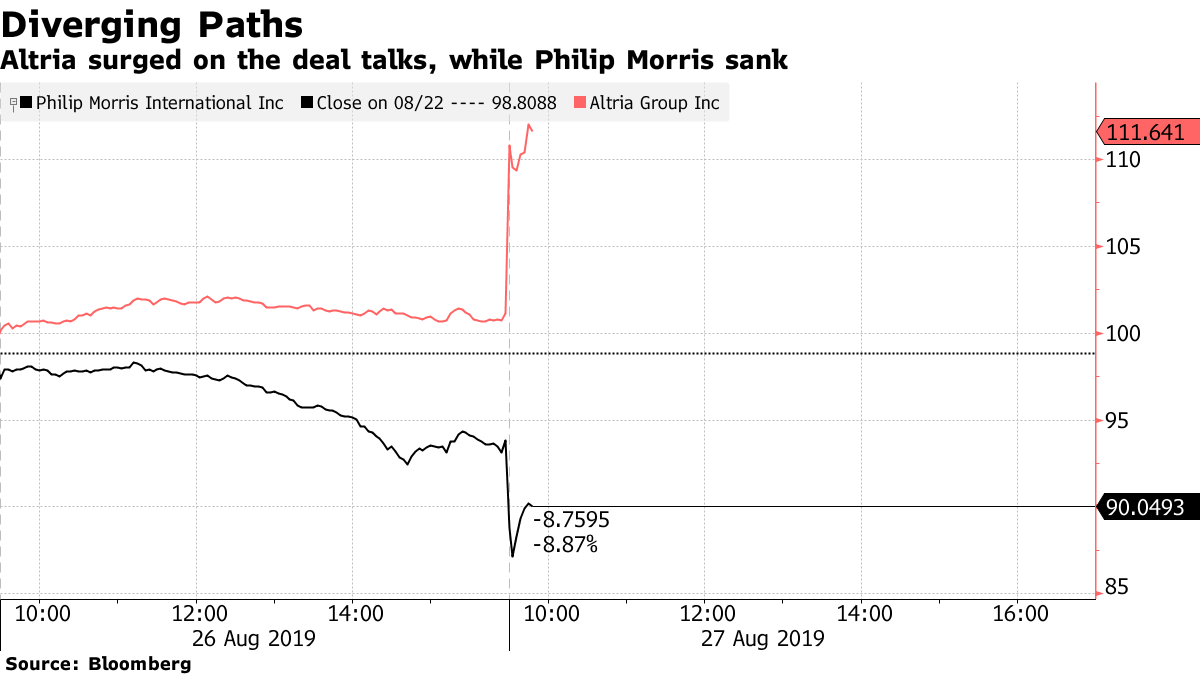 The companies broke apart more than a decade ago, bowing to pressure from U.S. investors who wanted higher dividends and more share buybacks. The move was also pitched as a way to set free faster-growing overseas operations while the U.S. business was entangled in smoker lawsuits.

But times have changed. Altria has recently diversified its portfolio with investments in vaping and cannabis, giving the company more growth potential even as fewer people smoke cigarettes. Some analysts and investors have argued for years that the companies should get back together, a move that would give Philip Morris more U.S. exposure.

The transaction would give Philip Morris roughly 58 per cent ownership of the new company, with Altria holding the rest, according to a person familiar with the terms who asked not to be identified because the details haven’t been made public.

They are considering a no-premium deal based on the companies’ closing share prices on Aug. 23, according to the person. The companies would aim to close the deal within six months and expect to make no divestitures, the person said.

There’s been speculation that the companies might get back together. On Monday, Wells Fargo published a research note that said a deal could make sense now, in part because Altria has a stake in the vaping company Juul.

A reunification would combine two of the most popular smoking alternative products: IQOS and Juul. Philip Morris has been plowing billions of dollars in promoting IQOS, a heat-not-burn product used by millions consumers outside the U.S.. Altria meanwhile has invested US$12.8 billion in e-cigarette upstart Juul Labs Inc., which has catapulted itself to the U.S. industry leader in smoking alternatives in just a few years. 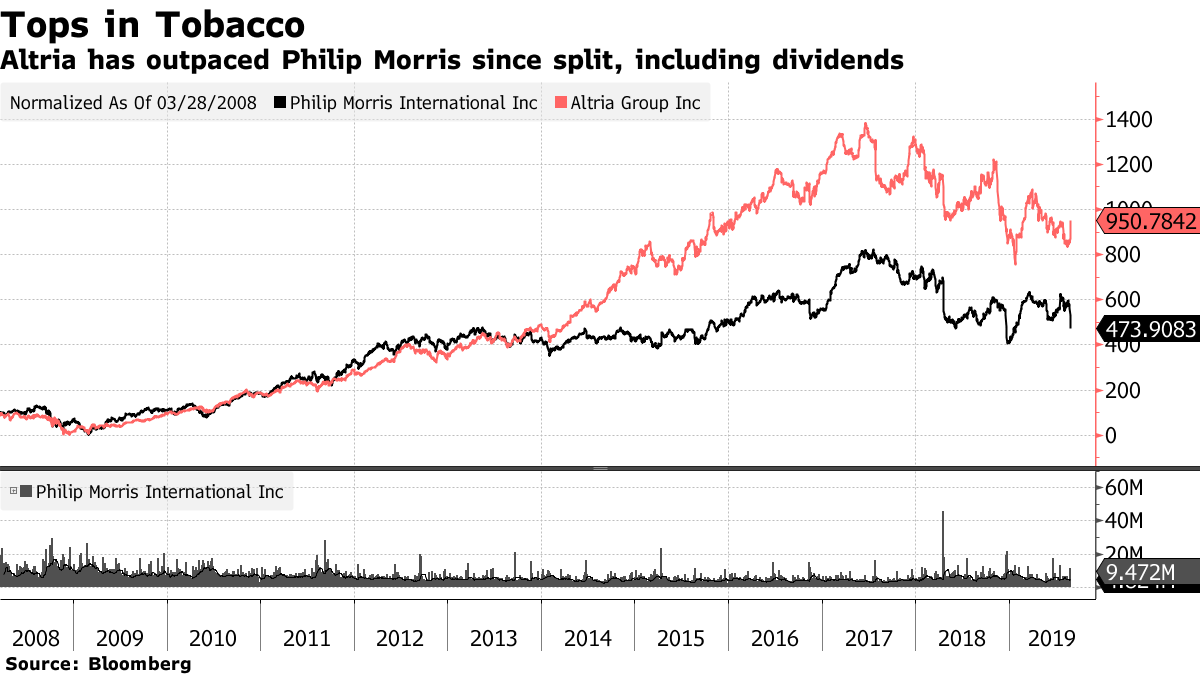 Altria also has been planning to start selling IQOS in the U.S. this year, testing out demand in the Atlanta area with a store opening next month.

Philip Morris said in a statement that no agreement has been formally reached and any deal would be subject to board, shareholder and regulatory approval. Altria also issued a statement confirming the talks.

Like Hollywood, which has been churning out films based on blockbusters of decades past, Wall Street bankers seem to be running out of new ideas. Earlier this month, CBS Corp. agreed to reunite with Viacom Inc. in an US$11.7 billion transaction, 13 years after the two media giants split.

Analysts were largely positive on a potential tie-up between Altria and Philip Morris after speculation Monday afternoon that something was brewing. RBC Capital Markets analyst Nik Modi saw several strategic reasons for a deal, including geographic alignment with international competitors and full economic benefit of IQOS in the U.S. and global access for Juul.

“The potential to reunite the companies has been often discussed, but we did not believe this would occur given the heavy regulatory burden in the U.S. market and its weakening growth profile,” Stifel analyst Chris Growe said in a note. “Perhaps the FDA’s approval of IQOS changed that thinking.”