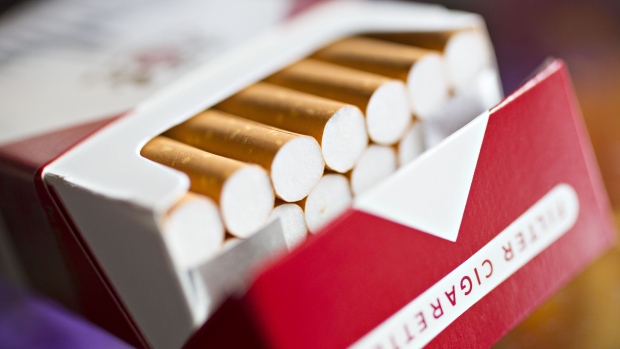 A pack of Philip Morris Marlboro brand cigarettes is arranged for a photograph in Tiskilwa, Illinois, U.S., on Wednesday, July 12, 2017. Philip Morris International Inc. is scheduled to release earnings figures on July 20. , Bloomberg

(Bloomberg) -- Philip Morris International Inc. is moving its corporate headquarters out of New York, the latest blow to the city’s office market as the pandemic leaves many of its skyscrapers mostly empty.

The Marlboro maker’s new location in southwest Connecticut will be operational by mid-2022 and add 200 jobs, the company said in a statement Tuesday, without disclosing the city. The company, which has 71,000 employees worldwide, will keep its operations center in Lausanne, Switzerland.

The move is aimed to help further the company’s goal of generating more than half of its revenue from smoke-free products by 2025, as well as $1 billion in sales from products that aren’t linked to nicotine. “Connecticut offers a valuable mix of technological know-how, future-forward thinking and an open-minded approach to problem-solving,” Chief Executive Officer Jacek Olczak said in the statement.

Connecticut is home to Yale University, whose medical school is a leader in tobacco dependence treatment and research, according to its website. It has research centers that investigate new therapies for smoking cessation, often through clinical trials. Philip Morris is also among suitors for Fertin Pharma, a maker of nicotine chewing gum, Bloomberg has reported.

The announcement is a fresh blow to New York, where just about 22% of office workers were back at their desks as of June 16. Investment firms have also recently moved to Connecticut, opening shop in Greenwich. Manhattan’s supply of office space reached a fresh record last month.