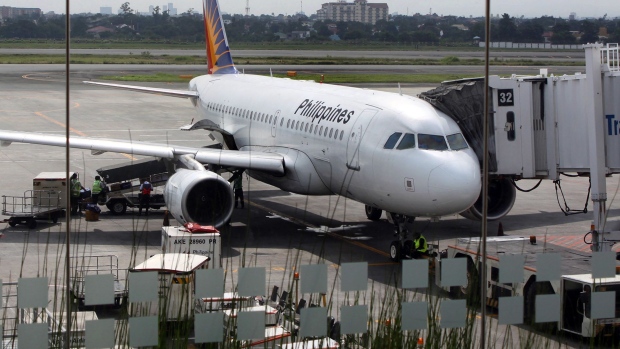 The company aims to cut $2 billion in borrowings through a proposed restructuring plan which needs court approval, according to court documents.

Chapter 11 lets a company continue to operate while it restructures. The filing on Friday comes after the company spent months negotiating with its stakeholders.

While an end to lockdowns eased the strain on travel at the start of the summer season in the Northern Hemisphere, the delta variant of Covid-19 has recently begun hurting many airlines, especially in the U.S. and China.

Billionaire owner Lucio Tan has said previously that the airline, which was founded in 1941, was working on a comprehensive restructuring plan. As part of the bankruptcy, the company will get more than $500 million in debt and equity financing that it can use while it recovers, according to court papers.

Read More: Airlines in Philippines Seek Credit Aid as They Fight to Survive

Philippine Airlines is the latest international carrier to reorganize in the United States, under U.S. bankruptcy code. By using Chapter 11, the company will subject its reorganization plan to the final decision of a U.S. judge.

Bankruptcy experts say the U.S. is often the preferred venue, in part because the law in America is more favorable to a company, and in part, because creditor contracts are often based on state law in New York or Delaware. Latam Airlines, based in Chile, Aeromexico and Colombia’s Avianca Holdings all sought court protection in New York last year, blaming the drop in air travel caused by the coronavirus.

The pandemic has forced airlines to suspend flights, lay off employees and seek financial help. In June, PT Garuda Indonesia’s president said the carrier was considering options including restructuring debt and renegotiating contracts with aircraft lessors.

The challenges for PAL Holdings Inc., the holding company of Philippine Airlines, predate the pandemic. It has reported losses since the first quarter of 2017. The company suffered a record 71.8 billion pesos loss in 2020, compared to a 10.3 billion peso shortfall the year before.