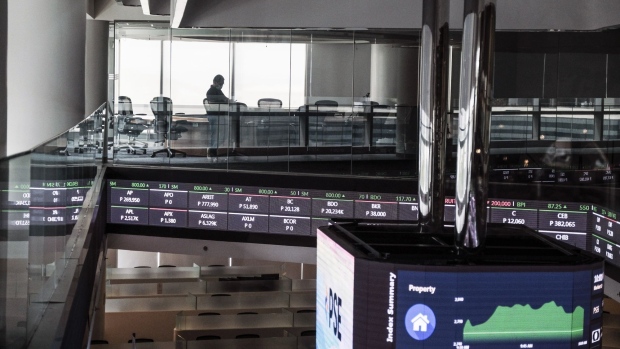 (Bloomberg) -- The number of initial public offerings at the Philippine Stock Exchange will probably rise to a record this year, with a value of at least 150 billion pesos ($2.7 billion), bourse President Ramon Monzon said in a virtual briefing.

The guidance is based on existing IPOs in the pipeline and share sales that have already take place, including eight in the first half of the year that raised a total of 76.17 billion pesos, according to Monson. The value of offerings in the southeast Asian country could reach 200 billion pesos if the companies that indicated interest submit applications, he said.

While the number of IPOs this year would probably be the highest ever for the exchange, Monzon said, the capital raised will not match the record 234.48 billion pesos last year, when just two share sales brought in a total of almost 70 billion pesos.