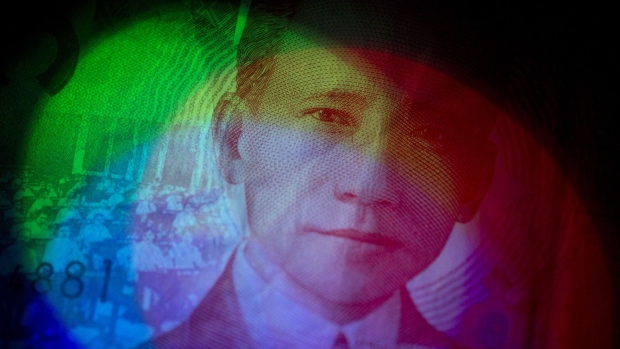 The portrait of former Philippines' President Sergio Osmena is displayed on a 50 peso banknote in an arranged photograph in Bangkok, Thailand, on Wednesday, Sept. 12, 2018. The Philippine peso weakened a fifth straight week, prompting the central bank to have reactivated a hedging program first introduced during the 1997 Asian Financial Crisis to support the peso. , Bloomberg

(Bloomberg) -- Financial regulators are pushing for legal changes in order to avoid the Philippines being placed on a global monitoring list for countries with weak anti-money laundering and terrorism financing controls.

The government needs to implement the changes by October or risk being placed on a “grey” list by the Paris-based Financial Action Task Force, the Philippines Anti-Money Laundering Council said Tuesday.

That would impose additional restrictions on international banking transactions involving Philippine nationals, the AMLC said. It can also be a prelude to being placed on the FATF blacklist, which involves more serious penalties.

In 2012, the Philippines narrowly missed being blacklisted after it criminalized terrorist financing and allowed quicker freezing of suspect accounts. Since then, the country has tightened up on various areas, including transactions by casinos and jewelry traders.

Among the other legal changes sought by the AMLC:

--With assistance from Ditas Lopez.

To contact the reporter on this story: Siegfrid Alegado in Manila at aalegado1@bloomberg.net

To contact the editors responsible for this story: Cecilia Yap at cyap19@bloomberg.net, Marcus Wright, Russell Ward