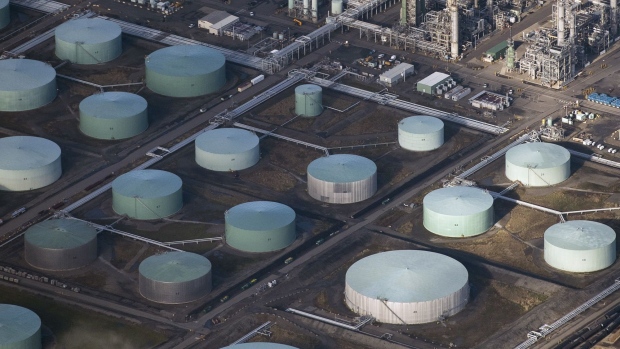 (Bloomberg) -- Philippine central bank Governor Benjamin Diokno said the country can meet its inflation forecasts for this year and next unless crude oil prices rise above $95 a barrel and settle around that level.

Oil prices should face less pressure this year after the Organization of Petroleum Exporting Countries pledged to increase output and as the pandemic continues to limit travel, Diokno said in a mobile-phone statement to reporters on Saturday.

Countries including the U.S. and Britain may also be compelled to release some of their reserves, he said. His comments came after oil posted a fourth weekly gain, its longest winning streak since October. West Texas Intermediate futures in New York closed 2.1% higher on Friday to $83.3 per barrel, rising 6.2% for the week.

“The assumption is that oil prices are sustained at these levels starting January 2022,” the governor said.

The central bank in December had forecast inflation to average 3.4% this year and 3.2% in 2023. It sees price gains easing below 3% in the first quarter of this year before accelerating above the midpoint for the remainder of 2022, Diokno said.