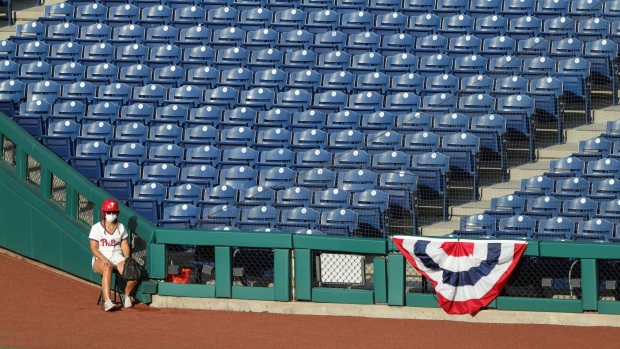 The Toronto Blue Jays won’t be traveling to Philadelphia to play their scheduled series this weekend against the Phillies, whose staff has tested positive for coronavirus, according to Sportsnet.

The Phillies shut down all activities at their ballpark after reporting that a coach and home clubhouse staffer contracted Covid-19. Previously, the team reported that a staff member who worked in the visiting clubhouse, which the Miami Marlins occupied last week, had tested positive.

Meantime, the Marlins reported that a 17th player has tested positive. The Phillies have been the Marlins’ first and only opponent this season.