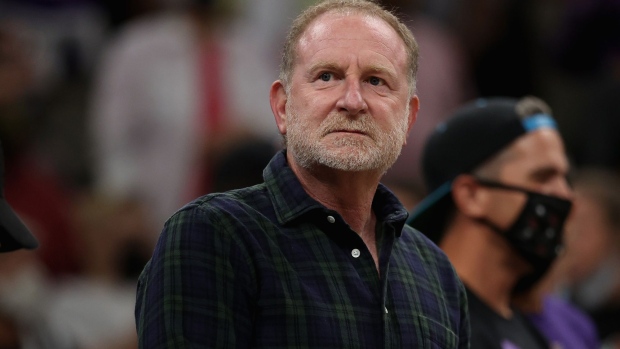 (Bloomberg) -- Robert Sarver, owner of the Phoenix Suns and Mercury basketball teams, is working with advisory firm Moelis & Co. on the potential sale of the NBA and WNBA franchises, according to a person familiar with the matter who asked not to be identified as the discussions are private.

Sarver’s decision to pick a financial adviser for the potential transaction follows an NBA investigation that found he used racist slurs and harassed female employees. The league suspended him for a year and fined him $10 million, a sanction that was criticized by NBA superstars including LeBron James and former National Basketball Players Association President Chris Paul for being too lenient.

Sarver said in a statement on Sept. 21 that he was looking for buyers, and that he had planned to make amends during his suspension, but that “the current unforgiving climate” made that impossible.