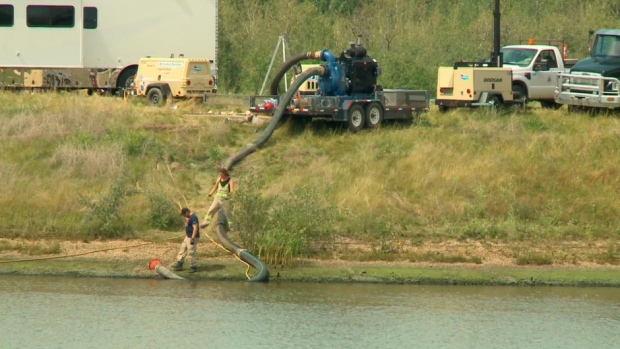 More than a week since Husky Energy’s massive oil spill in Saskatchewan, and facing a threat to his town’s water supply as a result, the mayor of Prince Albert can barely hide his contempt for Husky’s response to the situation.

When asked in a telephone interview with BNN if he was happy with the response from Husky Energy, Mayor Greg Dionne said, “phone me once I get my water back up and I’ll give you the answer, so you can tell it isn’t going to be a yes.”

Husky Energy shut down a pipeline on its Saskatchewan Gathering System after an estimated 200,000 to 250,000 liters of heavy oil leaked into the North Saskatchewan River last week.

Dionne says despite the community of Prince Albert being 320 kilometres away from the initial spill site, he wished Husky had informed him of the potential risk sooner.

“My first phone call came from Husky Sunday night at 6 o’clock,” he said. “We now have a representative from Husky here that has the authority to work with us and solve it. He’s the manager of health and safety.”

Dionne says two pipelines have been built to help bring in fresh water for the town. They have also opened one of their dams to help feed water in to the Little Red River.

Dionne says at one point, Prince Albert had as little as 20 hours of water left for roughly 60,000 people.

“If it wasn’t for the province helping us, we would be in bigger trouble,” he said.

“As much as I want to take on Husky at the moment, my number one priority is getting people safe water.”