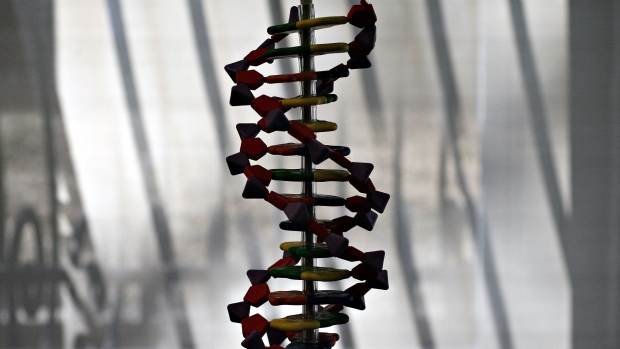 (Bloomberg) -- Rafal Smigrodzki won’t make a big deal of it, but someday, when his toddler daughter Aurea is old enough to understand, he plans to explain that she likely made medical history at the moment of her birth.

Aurea appears to be the first child born after a new type of DNA testing that gave her a “polygenic risk score.” It’s based on multiple common gene variations that could each have tiny effects; together, they create higher or lower odds for many common diseases.

Her parents underwent fertility treatment in 2019 and had to choose which of four IVF embryos to implant. They turned to a young company called Genomic Prediction and picked the embryo given the best genetic odds of avoiding heart disease, diabetes and cancer in adulthood.

Smigrodzki, a North Carolina neurologist with a doctorate in human genetics, argues that parents have a duty to give a child the healthiest possible start in life, and most do their best. “Part of that duty is to make sure to prevent disease -- that’s why we give vaccinations,” he said. “And the polygenic testing is no different. It’s just another way of preventing disease.”

The choice was simple for him, but recent dramatic advances in the science of polygenic risk scoring raise issues so complex that The New England Journal of Medicine in July published a special report on the problems with using it for embryo selection.

The paper points to a handful of companies in the U.S. and Europe that already are offering embryo risk scores for conditions including schizophrenia, breast cancer and diabetes. It calls for an “urgent society-wide conversation.”

“We need to talk about what sort of regulation we want to have in this space,” said co-author Daniel Benjamin, an economist specializing in genetics -- or “genoeconomist” -- at UCLA.

Unlike the distant prospect of CRISPR-edited designer babies,“this is happening, and it is now,” he said. Many claims by companies that offer DNA-based eating or fitness advice are “basically bunk,” he added, “but this is real. The benefits are real, and the risks are real.”

Among the problems the journal article highlights: Most genetic data is heavily Eurocentric at this point, so parents with other ancestry can’t benefit nearly as much. The science is so new that huge unknowns remain. And selection could exacerbate health disparities among races and classes.

The article also raises concerns that companies marketing embryo selection over-promise, using enticements of “healthy babies” when the scores are only probabilities, not guarantees -- and when most differences among embryos are likely to be very small.

The issues are so complicated and new that the New England Journal article’s 13 authors held differing views on how polygenic embryo scoring should be regulated, said co-first author Patrick Turley, a University of Southern California economist. But all agreed that “potential consumers need to understand what they’re signing up for,” he said.

Turley expects demand for polygenic embryo scoring to rise as continued advances in DNA analysis bring the price down and improve the predictions. “There’s obviously some demand for it already because we’re seeing multiple companies springing up to offer it,” he said.

Genomic Prediction, which lists almost two dozen clinics that offer its polygenic testing, charges $400 per embryo tested after a $1,000 setup fee. Competitors include Orchid, a startup launched with backing from Silicon Valley stars including Anne Wojcicki, the founder of 23andMe, and has prompted buzz along with accusations in Scientific American of “over-hyped science.”

Not everyone is convinced. Denis Vaughan, a reproductive endocrinologist and director of clinical research at Boston IVF, says the large fertility clinic network has been discussing polygenic embryo scoring, but “we don’t think it’s ready for prime time.” It should still be used mainly in a research setting, he said, and “it’s being commercialized a little prematurely.”

If research gives it a solid grounding, Vaughan said, polygenic embryo screening could be especially useful for older fathers, because their children face higher risks of mental illness.

Though the New England Journal authors focused on the problems inherent in polygenic scoring for embryos, publication in such a prestigious journal also added to its legitimacy in the public eye. “Ultimately,” Genomic Prediction co-founder Nathan Treff said in an interview, “despite the title of the paper, they validated the concept of relative disease reduction through polygenic risk scoring.”

Genomic Prediction initially offered to tell parents if scores indicated an embryo would be especially short or intellectually disabled, but it stopped amid media chatter about eugenics.

As a company, “We have to evaluate what’s in our best interest,” Treff said, “and right now, it’s focusing on disease risks.”

More and more studies link genes with educational attainment, suggesting that scoring related to it is feasible, even if no companies are offering it. Such studies are rapidly growing in size and improving their predictive power, said Benjamin of UCLA, who works on them.

Selecting babies based on intelligence is a topic so fraught with echoes of evil eugenics that “it’s a minefield,” said Smigrodzki, the neurologist and father. “People will try to send their children to the best possible school and play Mozart for them to make them successful and smart. But when you start talking about enhancing intelligence, suddenly knives come out.”

He contends it’s not selfish to want a child to be smart. Referencing the fictional town created by author and radio host Garrison Keillor, Smigrodzki said that in an ideal Lake Wobegon world, “it’s right and proper that every child should be smart, every child above average.” It’s legal in the U.S. for a company to offer polygenic risk scores on intelligence, height, weight or other dimensions, according to Michelle Meyer, a legal scholar and bioethicist at Geisinger Health System in Pennsylvania. The risk scores are arguably a new type of the largely unregulated embryo testing for single-gene diseases that clinics have offered for many years, she said.

Still, the prospect of intelligence-based selection raises concerns -- not of Nazi-style eugenics but of something much more subtle. “This is liberal eugenics. This is parental choice,” said Steven Hyman, director of the Stanley Center for Psychiatric Research at the Broad Institute of MIT and Harvard.

“It’s important to put an ethical stake in the ground,” he said, “because over many, many years, these technologies might become much more accessible, scalable, cheaper.”

As such, they could be used far beyond couples who need IVF. Hyman, a co-author of the journal article, is calling for multiple forums to discuss polygenic screening for embryos -- though there’s no obvious governmental body to host them because the FDA doesn’t regulate pre-implantation embryo testing.

Treff, of Genomic Prediction, said no one has contacted him about such a conclave, but he would welcome it. “What would be ideal is if we could gather the naysayers and the supporters and hash it out: What are the best practices?” he said. “That would be a really important exercise, and hopefully we can do that soon.”