In the week ended Oct. 3, imports soared to 142,200 metric tons, U.S. Department of Agriculture data showed Thursday. For all of September, shipments were 19,900 tons.

China signaled it may import as much as 400,000 tons to stem a domestic shortfall. The swine fever outbreak killed millions of pigs. The country also appeared poised to boost purchases of agriculture products as a good-will gesture before talks between Washington and Beijing on easing trade tensions.

Volatility in hog futures in Chicago has surged to a record, spurred by speculation on exactly when Chinese demand would finally surface. The USDA data showed 123,500 tons are for shipment in 2020 with the balance set for the end of this year. 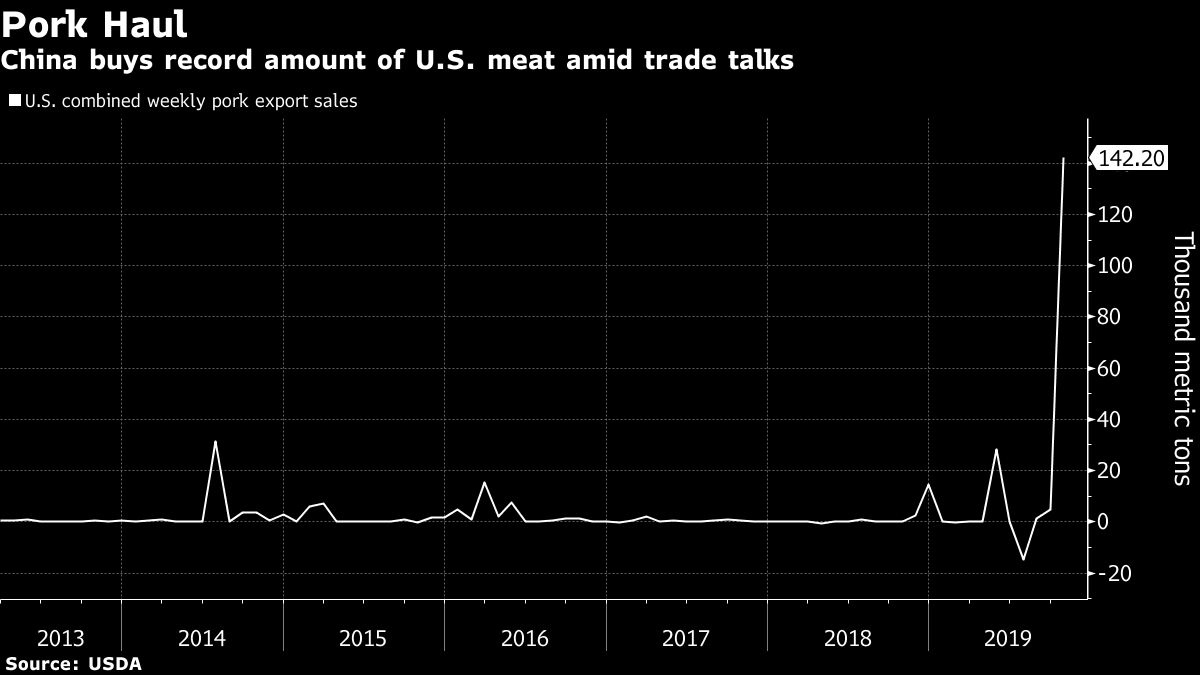