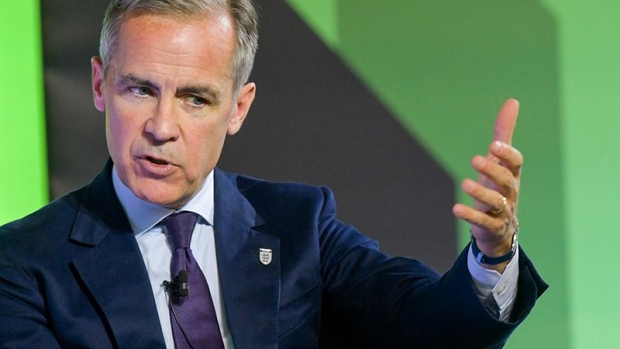 Mark Carney, governor of the Bank of England (BOE), gestures while speaking at the Northern Powerhouse Business Summit in Newcastle, U.K., on Thursday, July 5, 2018. , Matthew Lloyd/Bloomberg

Mark Carney, the former governor of the Bank of England, is joining Pacific Investment Management Co.’s global advisory board.

The board is chaired by former Federal Reserve Chairman Ben Bernanke and is a part of the firm’s investment process, the company said Wednesday in a statement. Other members include former U.K. Prime Minister Gordon Brown and Jean-Claude Trichet, former president of the European Central Bank.

“Mark’s extensive experience as an economist and central banker, combined with his focus on transforming climate finance, makes him an invaluable addition to this renowned group of thinkers,” said Emmanuel Roman, Pimco’s chief executive officer.

Pimco, with about US$1.9 trillion in assets under management, was founded in 1971 and is known for its fixed-income expertise. The Newport Beach, California-based firm employs more than 2,500 professionals globally and is owned by Allianz SE.

Carney, 55, who before joining the Bank of England was governor of the Bank of Canada, is currently United Nations special envoy on climate action and finance.