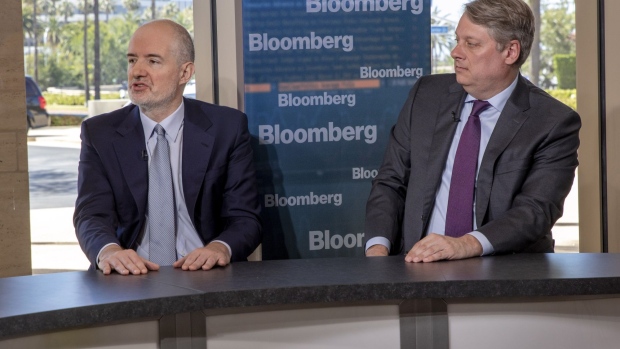 Manny Roman, left, and Dan Ivascyn on May 29. , Bloomberg

Roman said in an email that he sold for “tax-loss harvesting,” a common transaction toward the end of the year as investors seek to reduce taxes by offsetting gains or income. The shares are down roughly 17% from the initial public offering price earlier this year.

Pimco Energy is a closed-end energy fund that focuses on debt rather than equities. Faced with headwinds such as sluggish oil prices and the socially responsible investment boom, most closed-end funds in the sector have been trading below the net value of their holdings.

To contact the reporter on this story: John Gittelsohn in Los Angeles at johngitt@bloomberg.net

To contact the editors responsible for this story: Sam Mamudi at smamudi@bloomberg.net, Josh Friedman, Dan Reichl