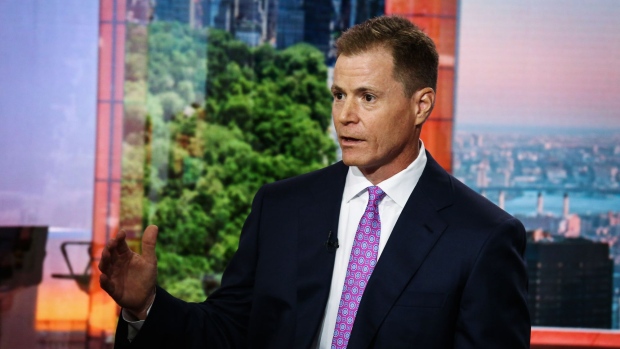 (Bloomberg) -- How the Federal Reserve responds to faster inflation is the biggest risk for corporate credit over the next year, according to one of the world’s largest bond investors.

Pacific Investment Management Co. is overweight travel and leisure bonds -- a bet on a post-pandemic awakening -- as well as bank debt as it bets on a strong economy that bounces back from Covid, Mark Kiesel, the firm’s chief investment officer for global credit, said Thursday during a Bloomberg Intelligence event.

But a hot economy and continued wage growth could keep fueling inflation, Kiesel said. The investor spoke days after Fed Chairman Jerome Powell pivoted on inflation, saying its acceleration no longer appears to be “transitory,” meaning the central bank can end its asset purchase program early.

“We’ve been very concerned that the Fed has frankly been behind the curve and needed to act more quickly,” Kiesel said. This week’s hawkish shift is welcome and markets should be able to handle moderately higher rates, he added.

“I don’t think it’s going to be so much of a dramatic event for markets,” he said. “I think the stock market, the housing market and consumers can handle it.”

The tight labor market and rapidly increasing wages are allowing consumers to afford higher costs and enabling companies to raise prices, Kiesel said. His downside scenario for credit is if the labor market stays this tight for a prolonged period.

“Let’s say labor force participation does not pick up. Then we could have an even bigger issue,” Kiesel said. “Then, instead of the Fed tapping on the breaks, we might see them slam on the breaks. That would cause a lot of volatility. That’s the biggest risk.”