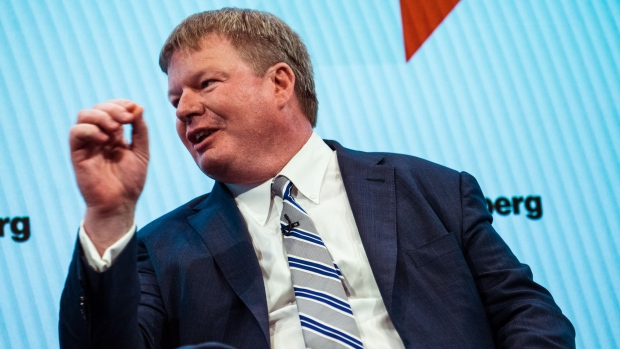 Ed Devlin, the former head of Canadian portfolio management at Pimco, has started his own investment firm focused on finding bargains in the private debt market.

The firm, called Devlin Capital and based in Toronto, is kicking off with seven people, including two portfolio managers whom Devlin has known for more than two decades: Anders Forssell, formerly of Merrill Lynch Canada, and Rich Ballew, who came from RH Trading Co. In an interview, Devlin said he may add a couple of partners over the next few months.

“We don’t really see much value in the bond market, quite frankly, or even in public equities,” he said, adding that “I do see some opportunities in the private side to capitalize on.”

In a few weeks, the firm will launch its private debt fund, focused on trade finance for companies that are asset based. Devlin said that to make sure the portfolio is well-built, it’ll start small, at around US$300 million, and grow from there.

“An opportunity exists right now, with banks retreating and also Covid,” he said. “This could grow into a multibillion-dollar portfolio, and I might expand it from Canada to the U.S. and the U.S. to the U.K.”

The firm is in talks with a big Canadian pension fund, he said, to potentially create an exclusive product that would invest in passive S&P 500 funds and U.S. Treasuries in a proprietary way that captures so-called temporal diversification, which favors buying assets that are cheap at the moment over those that are riding a bubble. The firm intends to replicate that strategy to cater to other pension funds, he said.

Devlin also recently made the short list for the No. 2 position at the Bank of Canada.