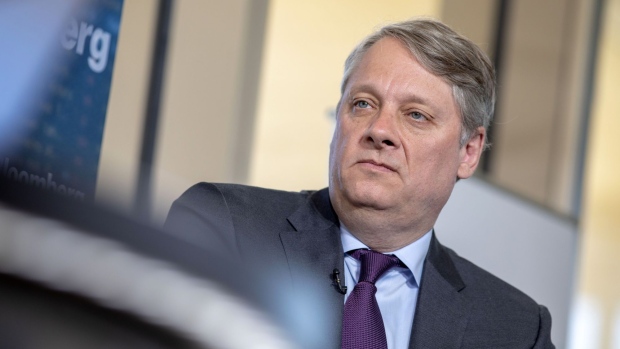 (Bloomberg) -- Pacific Investment Management Co. is bolstering the teams that run the Total Return Fund and several other funds as Scott Mather, one of the firm’s longest-tenured executives, takes a personal leave of absence.

Dan Ivascyn, the head of the flagship Pimco Income Fund, will join the management team for the Total Return Fund, as will Qi Wang, according to a regulatory filing. Other top executives, such as Mike Cudzil, Jerome Schneider, Daniel Hyman and Marc Seidner, will join the management teams of additional vehicles that Mather helped run, including the Low Duration and Moderate Duration funds and several related ESG funds.

Mather, 53, joined Pimco in 1998. He was previously head of global portfolio management and currently serves as chief investment officer of US core strategies. His responsibilities include helping to manage some 27 funds, portfolios and trusts with assets totaling almost $98 billion, according to the most recent data compiled by Bloomberg.

Mather and Mark Kiesel took over Total Return in September 2014 after Pimco co-founder and CIO Bill Gross shocked Wall Street by leaving the firm. At the time, Total Return, which Gross had managed since inception, ranked as the world’s largest bond fund with more than $220 billion of assets. Mohit Mittal later joined the fund’s management team.

Adding Wang and Ivascyn to Total Return is “in keeping with Pimco’s team approach to managing portfolios,” the Newport Beach, California money manager said in a statement. Together with Mittal and Kiesel, “this team is one of the most experienced portfolio management teams in the industry.”

Other executives who have taken a break in the past include Stephen Rodosky, a specialist in the portfolio management of Treasuries and agencies who requested a temporary leave of absence effective March 2016. Chris Dialynas, the former manager of the Unconstrained Bond Fund, now known as the Dynamic Bond Fund, went on a sabbatical in 2013.

The personnel changes come amid rising yields that are creating a more favorable investment climate for funds such as Total Return that follow a core bond strategy. Core bond funds generally hold a wide variety of mostly investment-grade assets, including corporates, government and mortgage-backed debt securities.

“We’re very, very confident in the market environment in terms of finding value,”Ivascyn said last week at a CNBC conference, adding that high-quality investment-grade debt was trading at spreads that “look attractive from a historical perspective.”

Total Return fell 11.78% after fees through the first eight months of this year, compared to a 10.75% decline in the Bloomberg US Aggregate Index, according to the fund’s website. Its assets totaled $59.7 billion as of Aug. 31, down from $71.9 billion at year-end

Pimco Income, which had $119.5 billion of assets at the end of August, declined 7.35% after fees in the first eight months.