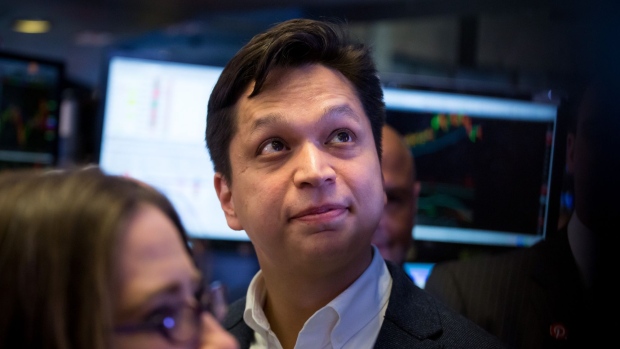 (Bloomberg) -- Reports that Pinterest Inc. could be acquired by PayPal Holdings Inc. have boosted the personal fortune of Ben Silbermann, the image-sharing firm’s co-founder and chief executive officer.

Silbermann’s net worth surged by about $400 million Wednesday after Bloomberg News reported that the payment-services firm is exploring purchasing Pinterest for $45 billion. Pinterest’s shares rose 13% in New York, its biggest one-day jump in almost a year.

Silbermann, 39, who launched the visual search and scrapbooking platform in 2010, owns nearly 8% of the company, which went public in 2019. His Pinterest shares make up the majority of his $3.8 billion fortune, according to the Bloomberg Billionaires Index.

PayPal was founded more than two decades ago by a group that included venture investor Peter Thiel and Elon Musk, the world’s richest person.