PayPal Holdings Inc.’s potential takeover of social media firm Pinterest Inc. would top the charts in what’s already a record-breaking year for tech deals and push industry M&A volumes past the US$1 trillion mark for the first time. 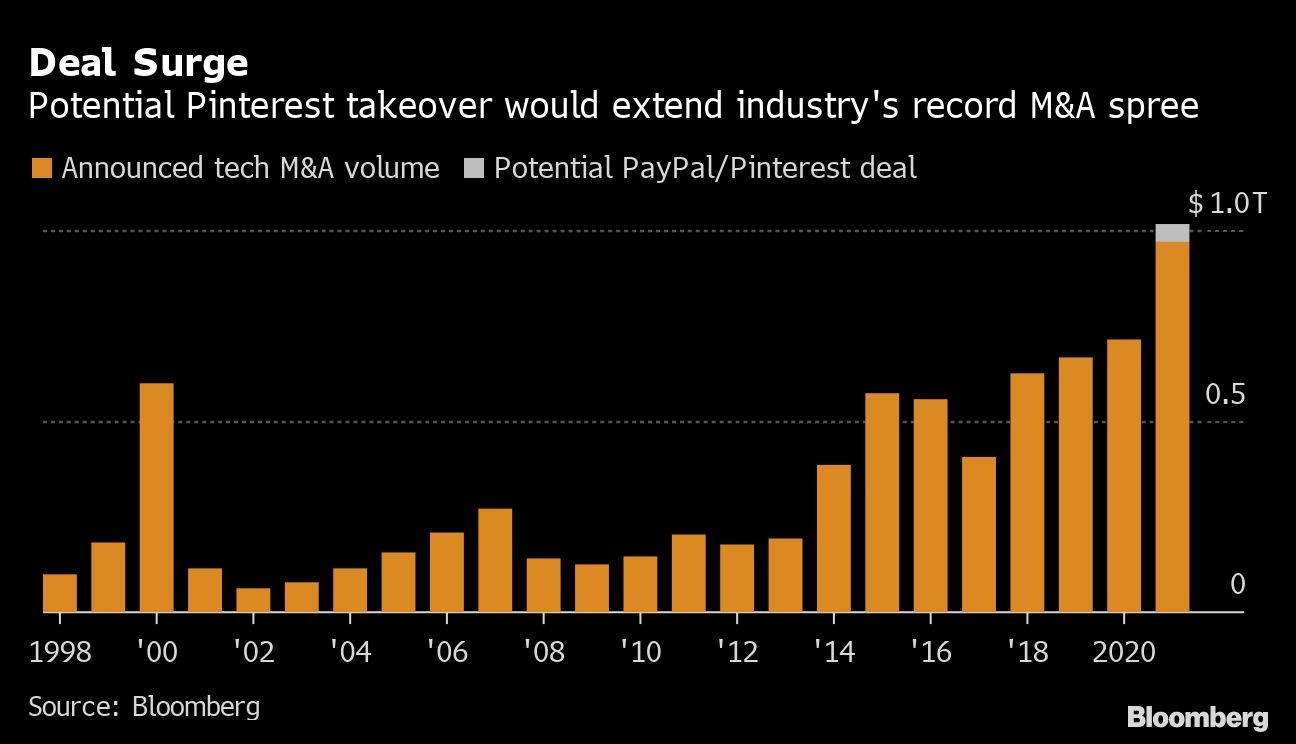 Tech companies have announced US$971 billion of mergers and acquisitions this year, double the tally for the same period in 2020, according to data compiled by Bloomberg. It’s already the busiest year on record by far, thanks to a series of ambitious deals like Intuit Inc.’s US$12 billion purchase of email marketing firm Mailchimp and cybersecurity company NortonLifeLock Inc.’s up to US$8.6 billion takeover of rival Avast Plc.

Pinterest investors welcomed news of PayPal’s interest, sending the company’s stock up 13 per cent on Wednesday. It clawed back some of that gain Thursday, with shares falling as much as 3.2 per cent in early New York trading.

A string of tech executives have been cooking up their biggest-ever acquisitions in recent months, emboldened by soaring stock valuations and easy credit conditions. Still, their enthusiasm could run into trouble amid increasingly assertive regulators in the U.S. 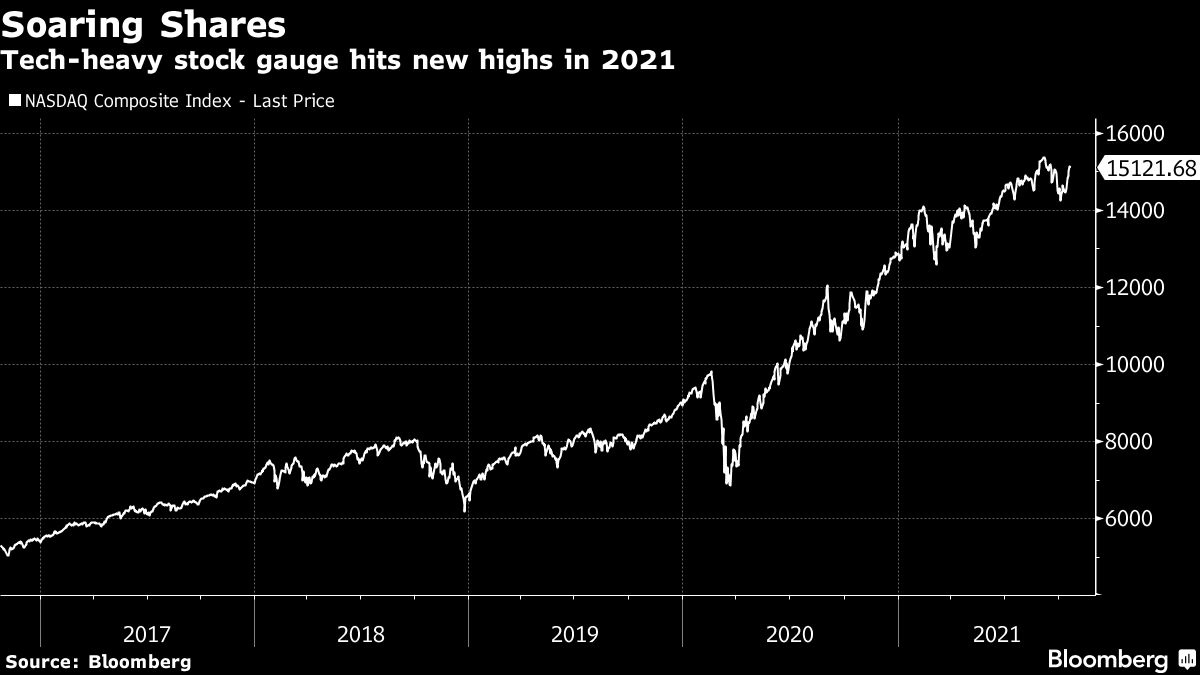 The U.S. Federal Trade Commission’s new chair Lina Khan has vowed to restore the agency’s power to take on dominant companies thwarting competition. She’s specifically called out the tech industry, where she’s scrutinizing privacy practices and clamping down on deals falling below the radar. Khan’s aggressive stance has spooked some in the market, as traders become wary about whether major deals can be completed.