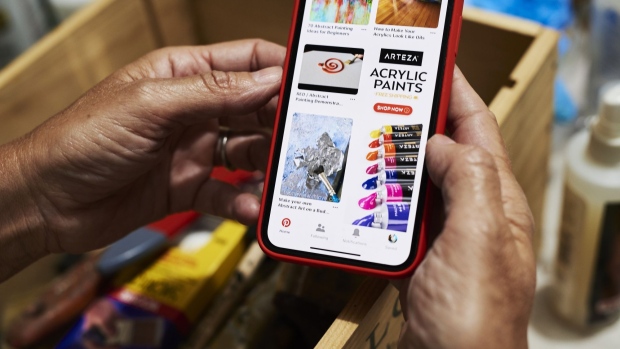 Pinterest Inc. delayed the planned announcement of a new board member Friday amid a virtual walkout by employees demanding change after claims of discrimination by management.

More than 350 of Pinterest’s 2,400 employees signed onto a protest and virtual job action. Because they’re already working from home, instead of walking out of offices, they signed off the company’s computer system, borrowing a protest strategy from Facebook Inc.’s employees. Pinterest didn’t want its board announcement to compete with attention on the employee protest, according to a person familiar with the matter.

“We want systemic change so that we can remain proud of where we work,” the employees wrote anonymously in a petition asking for transparency on pay and on promotion and retention of minority workers.

Earlier this week, former Chief Operating Officer Francoise Brougher said in a lawsuit that she was fired after speaking up about gender discrimination by the photo-sharing website’s male-run leadership team. Her complaint escalated criticism of the management, publicly and internally. Pinterest had already responded to the allegations of two employees on its policy team who alleged racial and gender discrimination. When those claims went public earlier this year, Chief Executive Officer Ben Silbermann called parts of the company’s culture “broken.”

Pinterest told employees it won’t retaliate against them for Friday’s protest.

“Pinterest won’t dissuade any member of our community from showing their support for improving inclusion & diversity in our company, or within the broader industry,” the head of human resources, Jo Dennis, said Thursday in a message to all employees that was viewed by Bloomberg. “At our Q&A tomorrow we will continue our conversation from yesterday, and we are excited to let you know Ben will be introducing you to our newest board member.”

The San Francisco-based company declined to comment on the planned board announcement, but has previously said it aims to add more diversity to its leadership team. Currently the board is made up of six men and two women.

“We respect and hear the employees who want to see a clear commitment to action, and we will ensure an open dialogue that leads to progress to make Pinterest the place we all know it can be,” the company said Thursday in a statement.