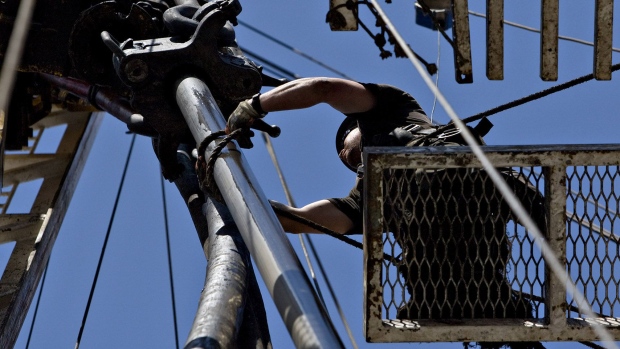 Pioneer Natural Resources Co. is in talks to buy rival U.S. shale driller Parsley Energy Inc., according to a person familiar with the matter.

News of the discussions comes just hours after ConocoPhillips agreed to buy Concho Resources Inc. for about US$9.7 billion in stock, creating one the largest oil drillers in America. Mergers in the shale patch are accelerating as the U.S. oil industry struggles with a decline in demand due to the pandemic, and lower prices.

Pioneer and Parsley are discussing an all-stock deal that could be finalized by the end of the month, said the person, who asked not to be identified because the information isn’t public. The combination would create another dominant shale operator, rivaling the likes of Occidental Petroleum Corp. and Chevron Corp. in terms of crude output.

Pioneer dropped 5.6 per cent to US$82.21 at 9:48 a.m. in New York while Parsley rose 3 per cent to US$10.41. Representatives from Pioneer and Parsley, a leading independent oil producer in the Permian Basin that spans West Texas and New Mexico, didn’t return messages seeking comment. Dow Jones reported the talks earlier.

Top drillers are searching for bargains in the most productive U.S. field as shale explorers lose favor with Wall Street after years of debt and poor shareholder returns. In September, Devon Energy Corp. announced it was buying Permian-operator WPX Energy Inc.

More than half of the shale deals this year came with a premium of less than 10 per cent over stock prices that had already plunged in the past couple of years, according to data compiled by Bloomberg.

“A sale of Parsley Energy may be inevitable, we believe, with scale needed amid an energy downcycle. Weak oil prices and higher leverage could push the company toward Pioneer Natural Resources, whose CEO Scott Sheffield is the father of Bryan Sheffield, Parsley’s chairman and owner of 2.65 per cent of the stock. Reports that the two sides are talking likely seek to gauge sentiment for a deal. Valuations are similar, based on 2021 EV-to-Ebitda, yet Parsley would increase Pioneer’s output by 50 per cent.”

The acquisition would boost Pioneer’s Permian output by more than 40 per cent to roughly 558,000 barrels of oil equivalent a day, according to regulatory filings and data from energy analysis firm Enverus compiled by Bloomberg.

The two Texas shale companies share a father-son bond, with Scott Sheffield as chairman and chief executive officer at Pioneer, and his son Bryan as the chairman of Parsley.

U.S. oil production has tumbled to around 10.5 million barrels a day from a record 13 million earlier this year, as the pandemic curbs demand. That’s the equivalent of removing more than the current production of OPEC member Kuwait.