ESG is big theme for commercial real estate in 2020

Pipeline and midstream energy companies may be about to join the sustainable investment trend.

The sector has often been a target of environmental opposition, but their “impressive” safety track records and relatively low environmental footprints could make them a focus for investors who favor environmental, social and governance factors, according to National Bank of Canada.

Enbridge Inc. and TC Energy Corp. topped National Bank’s pipeline-ESG ranking, with Inter Pipeline Ltd garnering a positive mention. Compared to power and utility companies, the group has to do a lot of work to develop sustainability reports and targets but that provides an attractive entry point, according to National Bank.

Shares of pipeline and midstream companies haven’t needed a lending hand this year with Enbridge, Pembina Pipeline Corp., and TC Energy leading the Canadian energy index with gains of over 5 per cent. Low interest rates and their defensive nature amid roiling markets have been support while oil producers have dropped alongside the commodity. 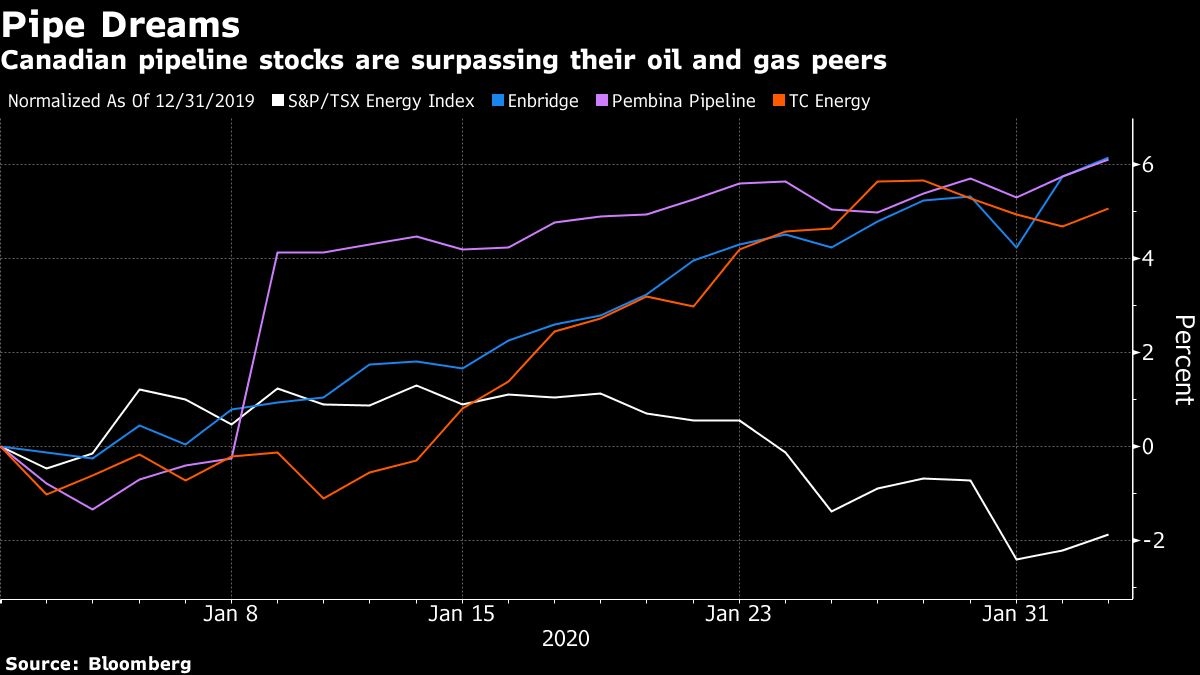 Pipeline companies are no strangers to environmental controversy. TC Energy’s Keystone XL line and the Trans Mountain project, now owned by the Canadian government, have both faced numerous delays by those opposed to them as conduits for output from Alberta’s oil sands.

Oil spills remain a concern, but the pipeline companies on National Bank’s coverage list have delivered 99.99% of volumes without a spill, Kenny said. Social and governance standards can be increased through areas such as indigenous relationships and board oversight, respectively, he said.

Meanwhile in the U.S. market, a similar theme was echoed at Credit Suisse, where most of the midstream names that have been picked up by ESG ETFs have published sustainability reports, the bank said.