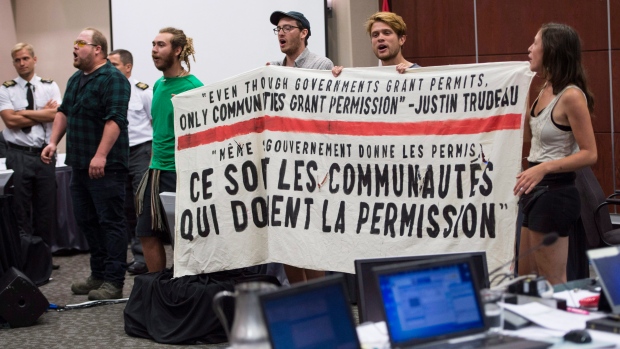 A Bay Street veteran is urging Ottawa to make a decision on whether pipelines are part of Canada’s national interests, arguing that the construction of such energy infrastructure is as important as building roads.

"People built roads many years ago and it was very upsetting to a lot of people, but the roads had to be built …. and everybody uses them," said John O’Connell, chairman and CEO with wealth management firm Davis Rea, in an interview with BNN.

"And if people don't want to have pipelines, then they better start learning how to chop wood and have fires in their fireplace at some point."

O’Connell said low oil prices have already caused a great deal of damage to the energy sector, which has suffered from a lack of investment.

“Equipment is going bad and rusting, people are finding jobs elsewhere and there's about a trillion dollars that's not being invested in the oil and gas business,” O’Connell said. “Big long-term projects are being cancelled which you can't just turn on overnight.”

O’Connell’s comments come as the debate over Canada’s stance on pipelines heats up. The National Energy Board’s review of TransCanada’s Energy East pipeline broke down earlier this month after public hearings in Montreal were disrupted by protests, while Saskatchewan Premier Brad Wall has warned that debate over the Energy East poses a threat to Canadian unity.

“We need this, and I’m worried, frankly, that if this process does not end well, and obviously it needs to be a process that stands up to all rigor and scrutiny, but if it doesn’t end well, I worry about unity in the country, because I think in western Canada there is frustration that we can’t get our goods to market,” Wall told BNN in an interview.

O’Connell warns Canada might not see a resolution to the pipeline debate until the federal government takes more a leading role.

"I think it’s going to go on forever until the government makes a decision if these are our national interest or not,” he said.