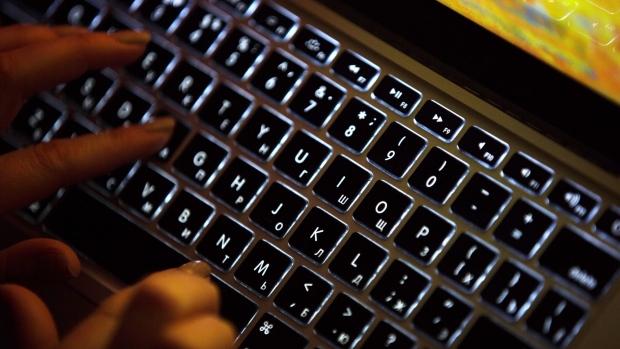 (Bloomberg) -- Websites and apps featuring pirated movies and TV shows make about $1.3 billion from advertising each year, including from major companies like Amazon.com Inc., according to a study.

The piracy operations are also a key source of malware, and some ads placed on the sites contain links that hackers use to steal personal information or conduct ransomware attacks, according to the online safety nonprofit Digital Citizens Alliance and the anti-piracy firm White Bullet Solutions Ltd. While law enforcement officials have sought to stop some of the online criminality, the groups identified at least 84,000 illicit entertainment sites.

The study underscores just how tough a problem piracy is for both Hollywood studios and companies that distribute digital ads. The situation has been compounded by the Covid-19 pandemic, which has left more people watching films and television shows over the web, where criminals have a greater chance of successfully targeting victims.

“Piracy causes direct harm to creators and others who lose income when their content is stolen,” the authors of the report wrote. “And major brands face reputational risks when their advertising appears on illicit websites.’

White Bullet determined the scope of ad revenues for pirated content by monitoring the most popular sites and apps active between June 2020 and May 2021. It honed in on about 6,000 sites and 900 apps and monitored the ads that appeared.

Major brands accounted for about 4% of the advertising on the pirate websites and 24% of the ads on pirate apps, with Amazon, Facebook Inc. and Google the largest companies represented. The biggest chunk of advertising overall was in the form of “sponsored content,” which often takes the form of “clickbait” links that look like they will lead to a news story or interesting video. Smaller companies, adult content and fraud and malware made up the rest of the ads.

The ads from major brands, though a small portion of the total, are particularly problematic in stopping pirated content sites from proliferating. They make the entire website appear more legitimate, and can make users more likely to click on the fraudulent ads they appear besides, according to the study.

Any advertising on pirate websites and apps is almost certainly inadvertent, but there’s evidence that companies can put a stop to it if they’re vigilant. An initiative called the Trustworthy Accountability Group alerted Amazon to the volume of its ads on pirate sites in early 2021, and the volume of ads from the company on illegal sites plunged throughout the year, the report said.

“Failure to choose tools that assess piracy risk in real-time means advertisers fund criminals - and it’s a billion-dollar problem,” said Peter Szyszko, CEO and Founder of White Bullet, in an email. “At best, this is negligent. At worst, this is deliberate funding of IP crime.”

Piracy may be increasing as Hollywood studios, coping with a drop in theater attendance during the pandemic, release new films online much earlier than they would have in the past. Movie star Scarlett Johansson flagged piracy as a particular problem in her recent lawsuit against Walt Disney Co. over the early online debut of her film “Black Widow.”

Facebook declined to comment on the report. Spokespeople for Amazon and Google didn’t immediately return requests for comments.