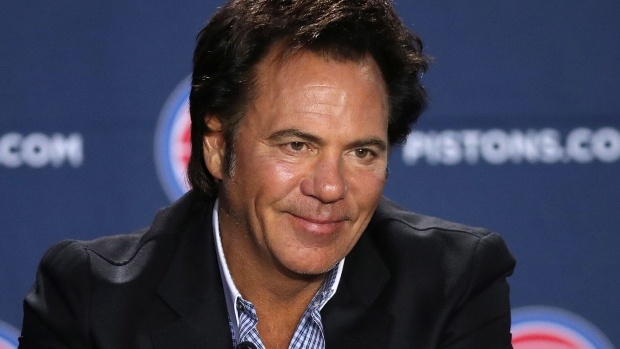 (Bloomberg) -- Platinum Equity is looking to raise as much as $15 billion for its latest buyout fund, making it the largest in the firm’s 26-year history, according to people with knowledge of the matter.

The private equity firm founded by billionaire Tom Gores has set an initial target of $12 billion for the sixth vintage of its flagship strategy and may increase the total by $3 billion, depending on investor demand, the people said.

Seeking to capitalize on increased investor appetite for higher-yielding assets in the current low-rate environment, the firm is also seeking as much as $1 billion for its first ever fund dedicated to credit investments, according to the people.

Private equity firms are raking in capital at a record pace. Blackstone Inc. is seeking as much as $30 billion for its next buyout fund, which would become the industry’s largest, Carlyle Group Inc. is targeting $27 billion and Advent International is looking for $25 billion.

Including co-investments, which allow institutional investors to selectively participate in acquisitions alongside the fund but for lower fees, Platinum may be able to deploy an additional 25% of the fund’s final size, or about $19 billion in total, the people said.

Platinum’s new credit strategy will leverage the expertise of a team led by Michael Fabiano, whom Platinum hired almost three years ago from Blackstone’s credit arm GSO, to invest in companies facing operating or financial challenges.

The fifth vintage of the firm’s buyout fund closed in January 2020 with $10 billion of capital commitments and has acquired companies including educational publisher McGraw-Hill Education and technology distribution company Ingram Micro Inc.