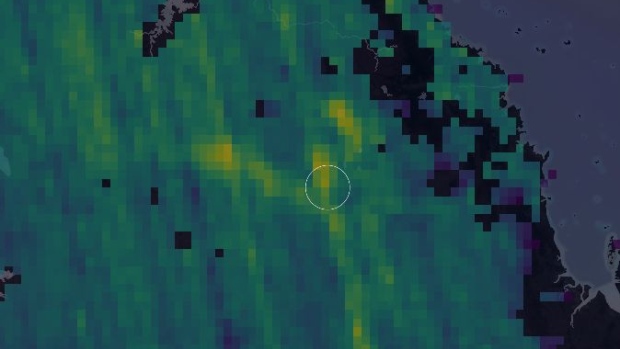 (Bloomberg) -- Potent methane plumes have been detected in a key coal mining district in Australia, one of the world’s biggest exporters of the commodity, underscoring the fossil fuel’s role in exacerbating climate change.

Clouds of the invisible greenhouse gas, which is over 80 times more powerful than carbon dioxide at warming the Earth in its first couple decades in the atmosphere, were spotted near multiple mines last month, an analysis of European Space Agency satellite data by geoanalytics firm Kayrros SAS showed.

​Two large clouds of methane were spotted over the Bowen Basin on June 21, and were visible across more than 30 kilometers each. While Kayrros attributes the clouds to the coal sector, the plumes were diffused and could have come from multiple sources.

The leaking of methane into the atmosphere has come under increasing scrutiny as awareness grows over their harmful global warming effects. Scientists view reducing emissions from the fossil fuel industry as one of the cheapest and easiest ways to hold down temperatures in the near term, especially as improving technology makes it easier to identify polluters.

Efforts to curtail coal use have largely focused on the large amount of CO₂ generated when it’s burned, but mining the fuel is also problematic because producers can release methane trapped in underground operations to lower the risk of explosion. The coal sector is forecast to account for about 10% of man-made emissions of the gas by the end of the decade, according to the Global Methane Initiative.

The Bowen Basin is a key producing region for Australia, the world’s top exporter of metallurgical coal used in steel-making. For every ton of coal produced in the region, an average 7.5 kilograms of methane is released, according to Kayrros. That’s 47% higher than the global average in 2018, the geoanalytics company said, citing International Energy Agency data.

When contacted about the larger of the two plumes, Queensland’s Department of Environment and Science said it didn’t receive notice of methane releases in the two days through June 21. Coal mining companies have reporting obligations under the National Greenhouse and Energy Reporting Scheme that is regulated by the federal government, the department said.