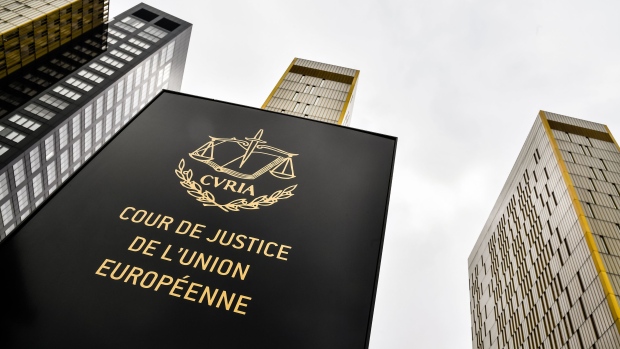 (Bloomberg) -- Poland must pay a daily fine of 1 million euros ($1.2 million) for failing to obey an order to halt a controversial regime to discipline judges.

The European Union’s top court delivered the latest decision on Wednesday, further escalating a clash over the rule of law in the bloc’s biggest eastern member.

“As it has not suspended the application of the provisions of national legislation” relating to jurisdiction of the Disciplinary Chamber of the Supreme Court, “Poland is ordered to pay the European Commission a daily penalty payment,” the Luxembourg-based court said.

The European Commission requested the penalties last month after Poland ignored the court’s July demands to “immediately suspend” its judicial discipline system -- seen by critics as a way to silence judges who don’t support nation’s ruling Law and Justice party.

The move toward fines is part of a series of rapidly escalating legal disputes that have rekindled a debate about Poland’s long-term political trajectory, delaying 23.9 billion euros in grants the country is set to receive from the EU’s pandemic recovery package.

Poland’s nationalist government this month cemented into law a ruling that challenges the EU legal order by saying Polish law can override it.

The fines come as Poland and Hungary pursue EU court challenges against a so-called conditionality mechanism established in January that allows the EU to withhold budget distributions to member states and which the two nations argue was adopted in violation of the bloc’s treaties.

The Luxembourg-based EU court’s July 14 order for Poland to halt the disciplinary regime was followed a day later by a binding ruling from the same tribunal telling the nation that the mechanism “could be used in order to exert political control over judicial decisions or to exert pressure on judges with a view to influencing their decisions.”