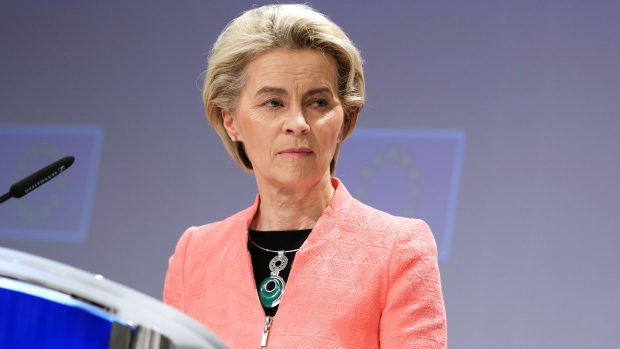 (Bloomberg) -- The European Union is unlikely to approve the disbursement of pandemic aid to Poland this year, a top official said on Tuesday, in a sign that the conflict over the rule-of-law is not close to being resolved.

Poland’s request for 36 billion euros ($40.4 billion) from the EU’s recovery fund has been locked in a dispute over the government’s judicial revamp that escalated further after the country’s top court ruled in October that some of the bloc’s laws are incompatible with its constitution.

“It is unlikely that we can finalize this work still this year but movement on the substance is what really determines the speed,” EU Vice President Valdis Dombrovskis said at a news conference on Tuesday. “As soon as we are there on substance, we can move on the commission side.”

European Commission President Ursula von der Leyen has laid out conditions that Poland will have to meet in order to receive the financing. Those include dismantling the controversial mechanism for disciplining judges, changing to the disciplinary regime and reinstating judges who lost their jobs.

Poland’s junior minister for EU funds, Waldemar Buda, said last week the government will present plans for shutting the disciplinary chamber in a few months after the agreement over its spending plan is reached with the commission. He also played down the impact of the country missing out on this year’s payments, saying the plan was for the money to start flowing in the second half of 2022.