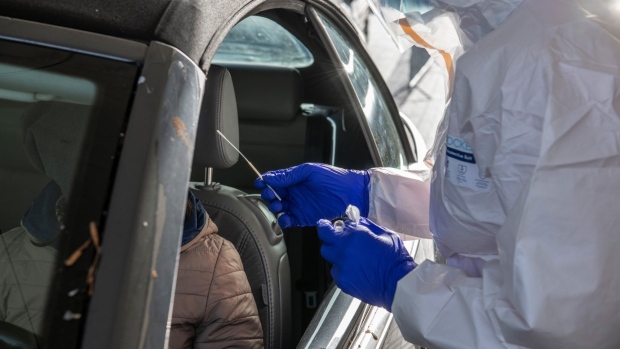 (Bloomberg) -- Polish authorities are preparing measures to confront violence inspired by anti-vaccine groups after an inoculation center was set ablaze overnight in a town in the country’s southeast.

Health Minister Andrzej Niedzielski, who traveled to the site in the town of Zamosc on Monday, called the deed an “act of terror” against the state and “a clash of civilization against barbarity.”

The incident is another example of the anti-vax movement becoming bolder in its attempts to undermine Poland’s inoculation campaign. Videos have spread on social media in recent days of people verbally abusing paramedics and vaccination center workers from other Polish towns.

Poland has vaccinated nearly 17.5 million of its citizens, which authorities say is short of the goal needed to achieve herd immunity. The government hopes vaccinations will help reduce the scale of hospitalizations during a new wave of the pandemic that is expected to emerge in the coming weeks.