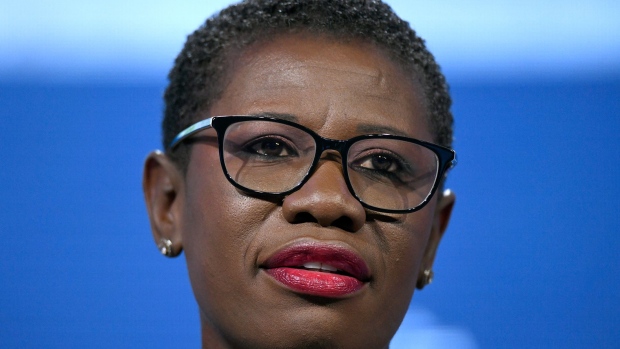 Police in Sierra Leone ordered the mayor of Freetown, the West African nation’s capital, to appear at a meeting following the arrest of one of her councilor, who was detained for allegedly inciting deadly violence earlier this year.

The summon follows a Facebook live video post in which Mayor Yvonne Aki-Sawyerr complained about the arrest of Councillor Sheku Turay as they were about to board a flight to New York to attend the Bill & Melinda Gates Foundation’s Goalkeepers event last month. Aki-Sawyerr is expected to answer questions on “an alleged case of obstruction of police duties and disorderly behavior,” the police notice shows.

Aki-Sawyerr, who said she’ll attend the meeting on Monday, denies any wrongdoing.

There have been simmering tensions between the ruling Sierra Leone People’s Party and Aki-Sawyerr’s opposition All People’s Congress party as the nation heads toward an election in 2023.

President Julius Maada Bio blamed the opposition -- including the mayor-- for the deadly protests in August against the rising cost of living. Inflation accelerated to 29.5% in July, and the government’s high debt burden limited its ability to help subsidize costs for the nation’s 8 million people. Aki-Sawyerr has denied any involvement in the protests that led to the deaths of at least 20 people.

The mayor was among 15 winners of Bloomberg Philanthropies’ Global Mayors Challenge this year for her proposal to tackle deforestation by using digital technologies to support tree maintenance in Freetown. Winners get $1 million grant to implement the projects over three years.

Local media have touted Aki-Sawyerr as a likely All People’s Congress vice-presidential candidate for next year’s election. Aki-Sawyerr said she’s keen to run for mayor again.

(Updates with details of police summon in second paragraph.)