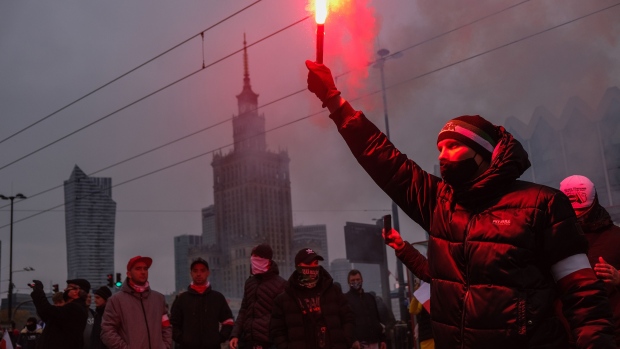 Carrying flares, red-and-white flags and banners reading “Our Civilization, Our Rules,” the annual event marking the return of Poland to European maps in 1918 is treated as a show of strength for nationalist and far-right groups.

Some demonstrators turned up in cars to observe social-distancing rules while others marched on foot. Local television stations showed protesters throwing firecrackers and flares at police and buildings.

Despite one of Europe’s biggest outbreaks of coronavirus, Poland has been gripped by street protests for weeks. Nearly daily, women-led groups have demonstrated against a court ruling that nearly fully bans abortion.