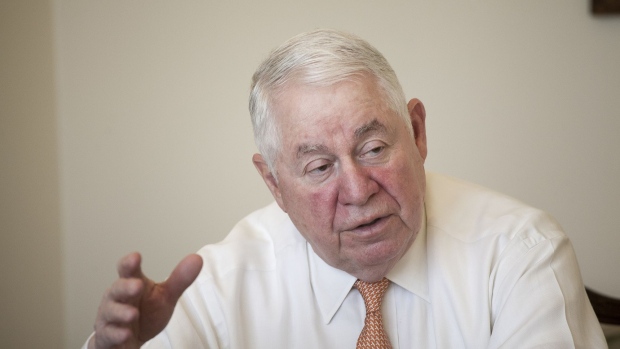 A dump truck transports mined materials on the excavated terrain of the Veliki Krivelj open pit copper mine, operated by Zijin Mining Group Co., in the Bor Region, Serbia, on Friday, June 11, 2021. China’s Zijin Mining Group is stepping up investments in Serbia, including through acquisition of mineral resources. Photographer: Oliver Bunic/Bloomberg , Bloomberg

(Bloomberg) -- The task of ramping up copper supply to meet growing demand in the clean-energy transition is getting harder as societies and communities resist new mines and politicians seek a bigger share of the profit, said Freeport-McMoRan Inc. boss Richard Adkerson.

While the outlook for copper is getting better and better as the world tries to wean itself off fossil fuels, the supply side’s ability to churn out more is being constrained by difficulties in gaining social licenses to operate, said Adkerson, the veteran chief executive of the biggest publicly traded producer of the wiring metal.

Chile and Peru, which account for about 40% of global supply, are weighing tax increases and stricter environmental and community rules. In Chile, Freeport is deferring a decision on a major project until it gets further political clarify, he said. Even the investor-friendly U.S. has proven reluctant to green-lighting new mines.

“That’s just the reality around the world today,” Adkerson told analysts on a conference call.

Still, Freeport is well positioned for growth via expansion projects at existing operations, he said.