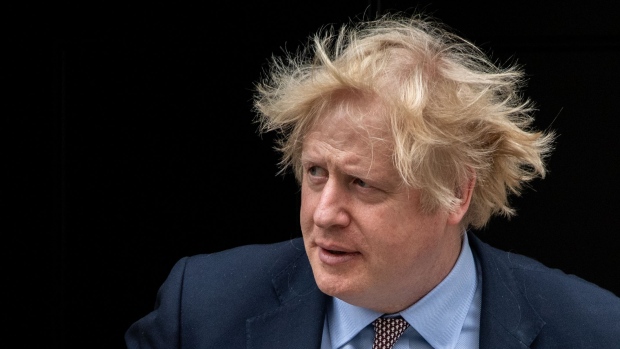 (Bloomberg) -- Public support for Boris Johnson is dropping over his government’s management of the coronavirus crisis, while backing for the opposition Labour party is on the rise, Mail Online reported, citing two surveys.

A poll of of 2,000 adults carried out by Opinium Research on Thursday and Friday placed support for Johnson’s Tory government at 43%, the lowest since the 2019 general election. Around 47% said they disapproved of how the government is handling the pandemic. Forty-four percent said they are dissatisfied with Johnson’s performance as prime minister, while backing for opposition leader Sir Keir Starmer has gone up to 40%, the newspaper reported.

A separate poll conducted by Survation on Wednesday indicated that support for the Tories fell to 41% from 45%, while backing for Labour rose by 5 percentage points to 39%, the Daily Mail said.