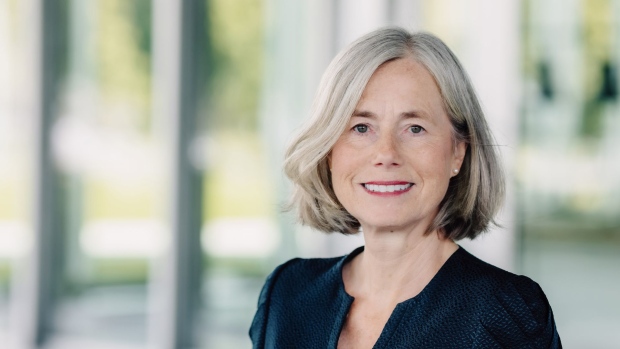 (Bloomberg) -- As the European Union gets serious about fighting climate change, experts are fielding more calls than ever from polluters seeking help to trap, process and store their carbon emissions.

The business of capturing emissions from industrial plants that make everything from cement to energy will get a push from the European Commission’s ambitious climate plan and a continued rally in carbon permits, as widely forecast by analysts, traders and utilities. While the industry isn’t profitable yet, operators expect it will be soon.

One of the first projects to come online will be Northern Lights, the transport and storage component of Longship, the Norwegian government’s full-scale carbon capture and underground storage project. Some of the technology for the facility, set to be ready in 2024, will be supplied by Norway’s Aker Horizons Holding ASA. Royal Dutch Shell Plc is one of the investors, together with Equinor ASA and Total SE.

“There are a number of clients that see this as a much easier alternative to carbon capture and storage,” Valborg Lundegaard, chief executive officer of Aker Carbon Capture ASA, said in an interview. “They know nothing about carbon capture and storage. They might be a small waste-to-energy provider, and entering into this landscape as it looks today is extremely complex.”

There are 13 storage projects in development or early planning in Europe, according to Aker. The company on July 12 launched a new service covering the whole chain from capture to storage. The industry will get funding from the EU’s Innovation Fund, paid for by the auctioning of carbon allowances.

“We are in this business because it will be profitable in the future, but we see that it might be challenging in the beginning,” said Lundegaard. “As costs go down, when we have mass production, our margins will certainly start to look more interesting.”

The market could be worth as much as $3 billion over the next decade, according to Bloomberg Intelligence utilities analyst Elchin Mammadov. In addition to EU support, companies using the service will get national grants, he said.

“Increasingly we’re getting all kinds of customers calling us” asking for carbon storage space, Maarten Wetselaar, the head of integrated gas, renewables and new energy solutions at Shell, said in a recent interview.

Demand for the storage component will far outstrip supply. Equinor has fielded requests for 10 times the volumes that will be available for phase 2 of Northern Lights, Grete Tveit, senior vice president for low carbon solutions, said in an interview.

The company has been approached by a wide range of customers. “It’s steel, it’s the heavy industry, cement, waste-to-power,” she said. But “it’s fair to say that every customer would need funding support one way or another.”

The use of carbon capture and storage as a tool to slow global warming has had mixed results. A $1-billion project at a coal power plant in Texas shut down last year due to low oil prices. Another plant at a gas extraction facility in Australia failed to meet its carbon-sequestration target. The lack of consistent funding from governments has caused dozens of planned projects to be shelved.

A persistently high carbon price, however, might help the technology finally take off. Prices in Europe’s carbon market, the world’s biggest until trading began in China on July 16, have doubled in the past 12 months. Currently trading at about 51.20 euros ($60.20) per ton, the most bullish analysts expect prices to exceed 100 euros as soon as this year. Others predict that level by the end of the decade. Lundegaard sees it happening before 2030.

How companies will pay for the service will be worked out with each client, Lundegaard said. Options include charging per ton of CO₂ captured linked to either the European or U.K. benchmark price. A fixed price is also a possibility, she said.

“When we see the ETS price increasing, we certainly believe this will be good business,” said Lundegaard, a chemical engineer with more than 30 years experience in the energy industry.

Many big emitters will probably view CCS as beyond their core competency and will outsource the process, HSBC Holdings Plc analyst Tarek Soliman wrote in a report on June 30. They might be able to “plug into” a carbon-handling network as a way of capturing their emissions. “The wider use of CO₂ in process industries as an input could also facilitate a market where capturing and delivering CO₂ becomes a profitable business,” he wrote.

One potential client for Aker could be KKR & Co.’s Viridor Ltd., the U.K. waste company. Aker is currently carrying out a feasibility study for carbon capture at one of its biggest plants. Viridor didn’t respond to a request for comment.

It costs between 60 euros and 120 euros per ton to capture the emissions, said Lundegaard. Aker aims to cut that by half by 2025. The company also has to find “very efficient” transport and storage solutions to keep the overall cost below the carbon price, she said.

“The CCS industry is very quickly going to do what you might call CCS as a service,” Wetselaar said.