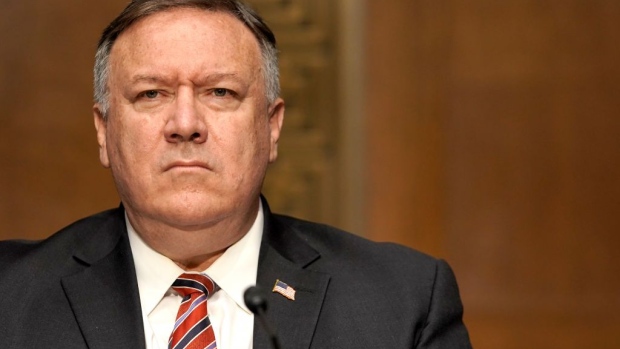 (Bloomberg) -- The U.S. has withdrawn from the Open Skies Treaty due to non-compliance by Russia, Secretary of State Michael Pompeo said Sunday, making good on a planned move by the outgoing Trump administration.

The move was immediately criticized by a top Democrat, who urged President-elect Joe Biden to reverse the decision next year.

“Today, pursuant to earlier notice provided, the United States withdrawal from the Treaty on Open Skies is now effective,” Pompeo tweeted. “America is more secure because of it, as Russia remains in non-compliance with its obligations.”

The treaty, which was signed in 1992 and came into force in 2002, allows countries to fly over each other’s territory for unarmed reconnaissance flights. It was intended by its almost three dozen ratifiers to reduce the risk of war.

The Trump administration stated six months ago its plan to withdraw. At the time, Trump predicted that the U.S. plan to withdraw would get Russia to the negotiating table. “They’re going to want to make a deal,” he said.

“The administration’s decision to abandon the treaty fits into a broader pattern of discarding arms control and non-proliferation agreements, raising deep concerns among our allies about our commitment to their security,” Menendez said in a statement.

Menendez said Russia would still be able to fly over American assets in Europe, and that Trump’s actions ran counter to U.S. law.

“I urge the incoming Biden administration to rejoin the treaty in a manner consistent with our constitutional structure, and I expect the new administration to consult early and often with the Senate Foreign Relations Committee on this and other treaty matters,” he said.