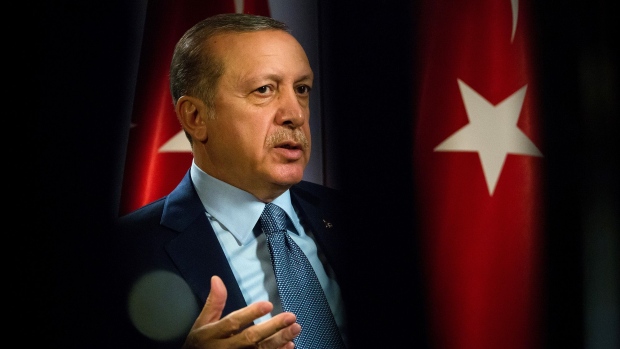 (Bloomberg) -- Secretary of State Michael Pompeo won’t meet with President Recep Tayyip Erdogan or other government leaders when he visits Turkey next week, a highly unusual situation that U.S. officials chalked up to scheduling conflicts and Turkish officials considered an insult.

U.S. officials briefing reporters Friday on Pompeo’s 10-day, seven-nation trip said he wants to concentrate on issues of religious liberty. He plans to meet in Istanbul with religious figures including Ecumenical Patriarch Bartholowew I, the Greek Orthodox Christian leader, but isn’t traveling to the capital, Ankara.

Erdogan, who has often clashed over policy with the U.S. but had maintained friendly relations with President Donald Trump, has joined other world leaders in congratulating President-elect Joe Biden on an election victory that Trump has refused to recognize.

But a Turkish official, who asked not to be identified discussing diplomatic matters, told a different story: that Pompeo declined an invitation by Turkey’s Foreign Minister Mevlut Cavusoglu to come to Ankara during his visit to Turkey and instead asked Cavusoglu to come to Istanbul to meet him.

Cavusoglu refused, the official said, offended that Pompeo is giving a cold shoulder to Ankara before leaving office, according to a senior Turkish official, speaking on condition of anonymity to share the sensitive information.

Pompeo’s trip will take him to seven countries: France, Turkey, Georgia, Israel, the United Arab Emirates, Qatar and Saudi Arabia. It comes at an awkward moment given that many of the leaders he will meet also have congratulated Biden for a victory that Trump -- and Pompeo -- have refused to recognize.

Pompeo is planning to meet senior leaders on all his other stops. He’s also planning a precedent-shattering event: During his two-night stay in Israel, Pompeo will visit the Golan Heights and Israeli settlements in the West Bank, something previous top officials have shied away from for fear of antagonizing the Palestinians.