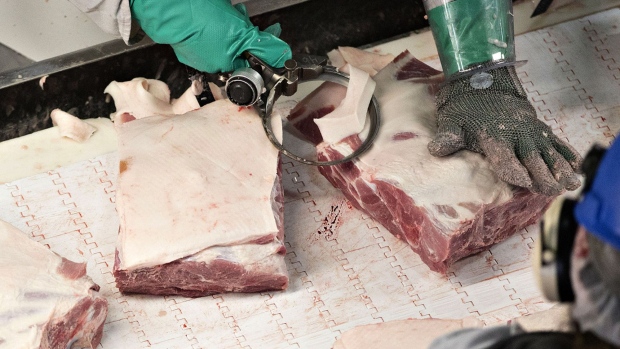 (Bloomberg) -- Danish Crown is putting on hold use of the phrase “climate controlled” to describe how its farmers raise animals for slaughter after allegations of misleading consumers prompted grocery stores to reject the food labeling.

The farmer-owned cooperative continued to defend the phrase, saying in a statement that it was meant to highlight the industry’s focus on reducing carbon emissions in pork production.

Organizations including the Climate Movement filed Denmark’s first climate lawsuit in June, saying that Danish Crown misrepresented its carbon footprint in the marketing campaign which also claimed that the meat is “more climate friendly than you think.” The company also faces a complaint with the Danish consumer protection agency by Greenpeace Nordic.

Andreas Abildlund, spokesman for Greenpeace Nordic, said by email the complaint is still pending, but “the supermarkets reached the conclusion themselves after intense dialogue with Greenpeace.”

Danish Crown said it plans to detail in court the efforts to address climate change that its 6,000-plus owners are making. The company has pledged to reduce greenhouse gas emissions by 50% in 2030.

Europe’s No. 1 Meat Processor Says Steaks Will Be Like Champagne