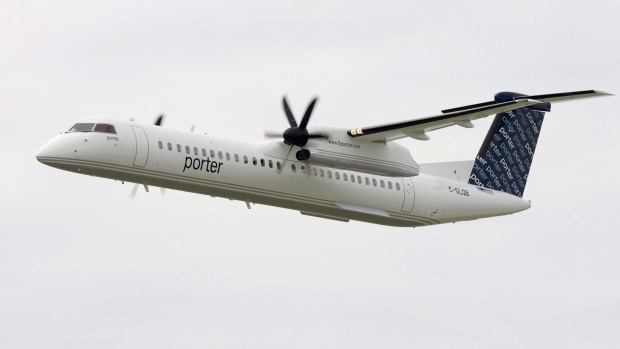 A Porter Airlines Bombardier Q400 turboprop does a fly-by at the city centre airport in Toronto, Aug. 29, 2006. The Canadian Press/Adrian Wyld

TORONTO - Porter Airlines is extending the suspension of all of its flights by another month until July 29.

The airline stopped flying on March 21 as travel restrictions due to the pandemic ramped up and caused a sharp drop in demand.

It had planned to resume flights on June 29.

Porter says seasonal summer markets that it planned to serve this year are being cancelled as part of the deferral.

It says Muskoka, Ont., and Stephenville, N.L., are the two destinations affected.