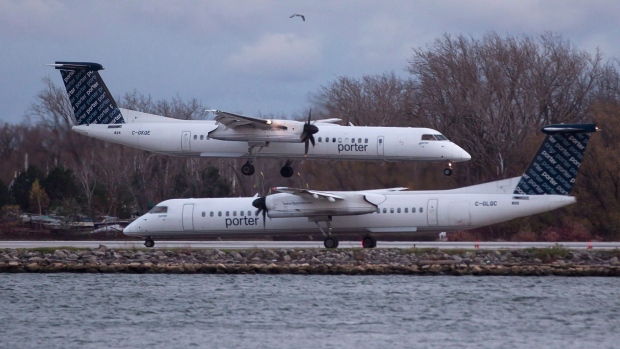 Porter Airlines Inc. has pushed back its target date for resuming flights yet again.

The Toronto-based airline now expects its planes to begin taking off again on June 21, roughly a month after the May 19 date it previously expected to resume flights.

“In recent weeks, there has been open discussion by government officials about easing travel restrictions based on expectations that vaccination programs will be well advanced in the U.S. and Canada by early summer,” Michael Deluce, president and chief executive officer of Porter Airlines, said in a release on Monday.

“We are looking ahead to summer and preparing for the possibility of some travel restrictions unwinding.”

Deluce said the airline will begin the process of rebuilding operations “as soon as conditions allow based on government decisions.”

The airline, which is headquartered at Toronto's Billy Bishop Airport, first suspended operations back on March 21, 2020 in the early days of the COVID-19 pandemic. Since then, it has pushed back its scheduled return several times.