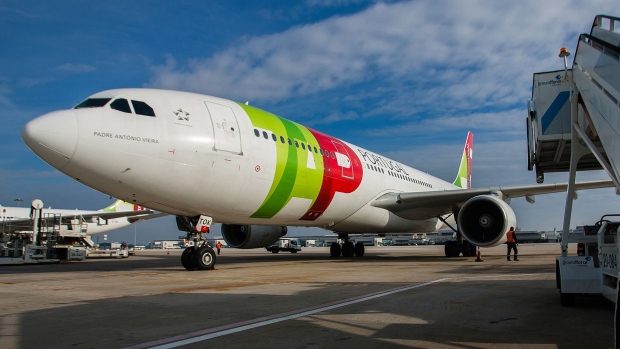 (Bloomberg) -- Portugal’s state-owned airline TAP SA will cancel 360 flights during a two day cabin-crew strike scheduled for Dec. 8-9 after the carrier failed to reach a new agreement with unions.

“The cancellation of the flights is happening now,” Chief Executive Officer Christine Ourmieres-Widener said at a press conference in Lisbon on Wednesday. The strike will affect about half of TAP’s flights, or about 50,000 passengers during those two days, and result in about €8 million ($8.3 million) in lost revenue, she said.

The cancellations are happening as the Portuguese government, which recently provided a 2.55-billion-euro bailout for TAP, looks for a new shareholder to help put the airline on a more solid footing. TAP posted a loss of 91 million euros for the first nine months of 2022.

Earlier this month, TAP said it was advising its passengers to change the date of their flights in order to avoid the strike. SNPVAC, which represents more than 3,000 cabin crew workers in Portugal, will hold a meeting two days before the strike to evaluate the state of negotiations with TAP.

“My hope is that we will find the time to sit and discuss a new agreement,” said Ourmieres-Widener. Asked if she believed the strike could still be canceled, the CEO said “as we speak, I don’t think so.”

(Updates with number of passengers affected by the planned strike in second paragraph.)