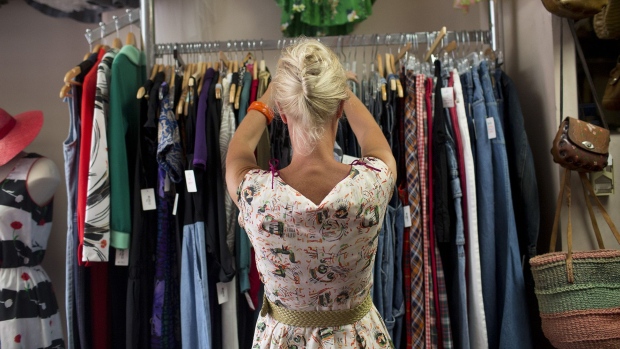 (Bloomberg) -- Poshmark Inc., an online resale marketplace for second-hand clothing, filed for an initial public offering, disclosing revenue gains and a profit during the coronavirus pandemic.

The Redwood City, California-based company in its filing Thursday with the U.S. Securities and Exchange Commission listed the size of the offering as $100 million, a placeholder that will likely change.

More than 70 million Poshmark users have sold more than 130 million items with a combined value exceeding $4 billion, the company said in its filing.

Poshmark’s filing, more than a year after it said it had filed confidentially with the SEC to go public, comes amid a year-end flurry of IPOs by consumer-oriented internet-based companies. The parent of online discount retailer Wish raised $1.1 billion on Monday, on the heels of DoorDash Inc.’s $3.14 billion IPO the previous week and Airbnb Inc.’s $3.83 billion offering including so-called greenshoe shares.

Those listings helped push 2020’s IPO total to an all-time high of more than $176 billion on U.S. exchanges, according to data compiled by Bloomberg. In December alone, 64 companies raised more than $23 billion in IPOs, a record for the month.

Founded by Chief Executive Officer Manish Chandra, Poshmark provides a marketplace to buy and sell high-end clothes harvested from closets. The company, whose website allows shoppers to exchange comments on products, has been at the forefront of the online shopping trend known as “social commerce.”

The company announced last year that tennis champion Serena Williams was joining its board. In June it said it was expanding its marketplace to include home decor.

The offering is being led by Morgan Stanley, Goldman Sachs Group Inc. and Barclays Plc. The company plans to list its shares on the Nasdaq Global Select Market under the symbol POSH.