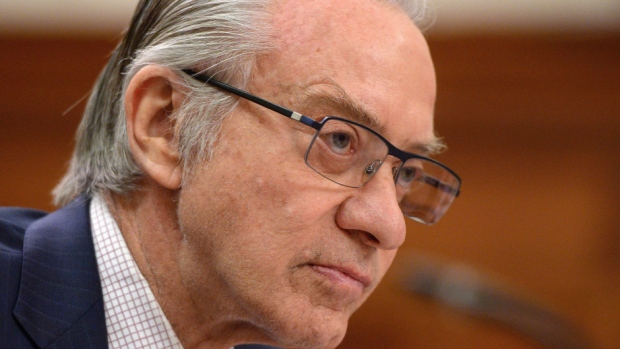 Paul Godfrey, CEO and executive chairman of Postmedia, said he still needs to see the exact details of the funding the government will provide. Still, Godfrey said he’s hopeful the beleaguered newspaper chain, which publishes the National Post and several daily broadsheets and tabloid newspapers in some of Canada’s largest cities, will see its operations runway extended.

“We have to see how much we’re getting to see if we can avoid more layoffs,” Godfrey said in a telephone interview with BNN Bloomberg.

“We wanted five years to transition to the digital world to compete with Google and Facebook and if we can’t do it in five years without proper government support, we might not be able to do it - but the chances have improved dramatically on the announcement.”

In its fall economic statement Wednesday, the federal government announced a tax credit for media organizations to support the labour costs of producing original news content, as well as additional tax credits for subscribers to digital news media sites. The program will likely cost the federal treasury about $45 million in 2019-20, rising to $165 million in 2023-24.

Postmedia ended its last fiscal year with a $33.8 million net loss compared with a $44.7 million gain in 2017. The company’s revenue shrunk to $676.3 million in 2018 compared to $754.3 million a year prior. It also has approximately $265.9 million in long-term debt. That has weighed on the company’s free cash flow since it was spun out of Canwest Global Communications Corp. in 2010, the year the former media conglomerate filed for restructuring under the Companies' Creditors Arrangements Act.

It also has commenced several chain-wide layoffs and scaled back the publication of some of its daily newspapers amid an ongoing decline in sales as competing online outlets eat away at the company’s advertising revenues.

Postmedia currently has less than 3,000 staff, Godfrey said, far less than the 5,400 people that worked for the company in 2010. In June, Postmedia said it would shut down six newspapers in Ontario and Alberta and end print production at three others while announcing it would cut about 10 per cent of its staff with layoffs and buyouts.

While an independent panel of journalism industry insiders will be tasked with disseminating the government’s funding, Godfrey noted that the more the company gets, the less possibility that future job cuts will take place.

Godfrey added that the company’s bottom line will certainly improve with the additional funding, which will help to pay down some of its debt along with proceeds from future real estate sales.

Future acquisitions remain “on the table,” but Godfrey noted that any possible moves will have to wait until the Competition Bureau rules on its investigation following its deal with Torstar Corp. The two companies traded 41 publications, followed by news that 36 of them would be shut down.