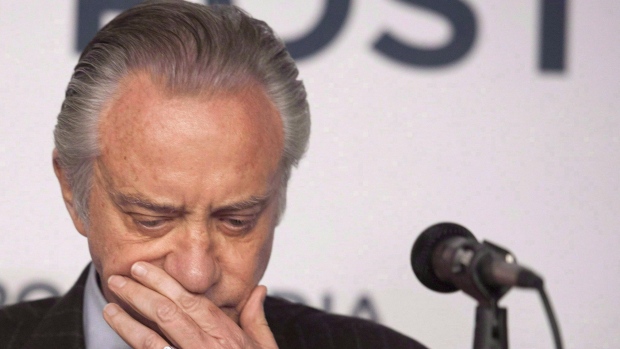 A deal between Torstar Corp. and Postmedia Network Inc. to sell newspapers to each other and close them down is designed to reduce competition and win a bigger slice of a shrinking advertising and readership pie, critics said Monday.

Postmedia (PNCa.TO) announced it will cut 244 jobs as it plans to shutter 21 of the 22 community newspaper properties it is acquiring from Torstar as well as the Metro Winnipeg and Metro Ottawa free dailies.

Torstar's Metroland Media Group Ltd., meanwhile, said it will close three of the seven daily newspapers in Ontario it's buying from Postmedia as well as all eight community newspapers it's purchased, resulting in the loss of 46 jobs.

Torstar (TSb.TO) said one job will disappear as it buys and closes the free dailies 24Hours Toronto and 24Hours Vancouver.

"The scale of it, I think, is stunning and will be stunning for people who live in these communities who are going to lose access to, really, their local news," said April Lindgren, an associate professor at the Ryerson School of Journalism.

More than 200 local news sources -- newspapers, online publications and others -- have closed for various reasons in Canada since 2008, she said, citing data she's helped compile for the Local News Research Project.

"What they're doing is shutting down newspapers in their immediate environs so the circulation can be taken over and the news coverage can be expanded by their existing papers in the area," she said.

Lindgren said Postmedia, for instance, is shutting down Torstar newspapers in the coverage area of Postmedia's Ottawa Citizen, and Torstar is buying and closing Postmedia products in southern Ontario that might compete with its Toronto Star.

The loss of local news titles will likely get worse, not better, as advertising dollars continue to migrate to online sites such as Facebook and Google, said Mitch Diamantopoulos, an associate journalism professor in the University of Regina.

"An attempt to cut costs by eliminating competition is bad news for Canadians," he said.

Diamantopoulos said the closing of free daily newspapers isn't surprising because some were created to block competitors, not make money. The closings suggest their publishers no longer think that's a necessary or affordable strategy, he said.

Media union CWA Canada demanded the federal government strengthen the Competition Act to prevent such deals, which it charged are designed to eliminate competition.

Postmedia said in a release the transaction requires no regulatory approvals and is not subject to the merger notification provisions of the Competition Act.

Another media union, Unifor, called on Heritage Minister Melanie Joly to address the crisis in the newspaper industry before more papers close.

In September, Joly said she would not "bail out" the industry by enacting urgent recommendations in a report from the Public Policy Forum to free up more funding sources for local newspapers.

"What makes this particularly difficult is that it means we will say goodbye to many dedicated newspaper people," said Postmedia executive chairman and CEO Paul Godfrey in the statement on Monday.

"However, the continuing costs of producing dozens of small community newspapers in these regions in the face of significantly declining advertising revenues means that most of these operations no longer have viable business models."

Metroland said the daily publications it will close are the Barrie Examiner, Orillia Packet & Times and Northumberland Today, while it expects to continue to publish the St. Catharines Standard, Niagara Falls Review, Welland Tribune and Peterborough Examiner.

"This transaction will allow us to operate more efficiently through increased geographic synergies in a number of our primary regions," Torstar CEO John Boynton said in a statement.

Here's a list of the publications that Postmedia will shut down:

Here's a list of the publications that Torstar will shut down: