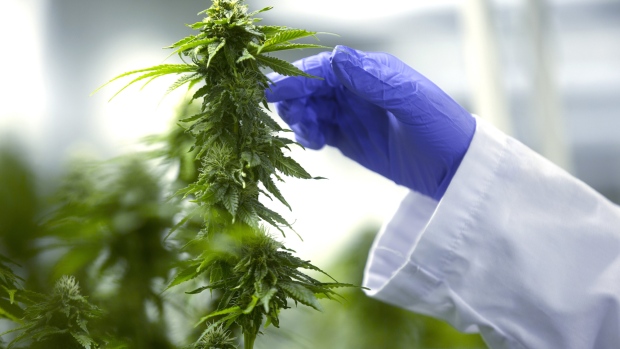 There’s been a frenzy of activity in the cannabis market, but so far, major packaged-food companies and soft-drink makers have largely opted to sit on the sidelines. And that’s exactly as it should be, because the nascent green rush isn’t the answer to their problems.

Among old-guard consumer-goods companies, the trailblazers in exploring the marijuana market have been the giants in beer, wine and spirits, as my colleague Tara Lachapelle has noted. Constellation Brands Inc., for example, amassed a nearly 40 per cent stake in pot producer Canopy Growth Corp. Big Tobacco may well follow their lead, with reports circulating last month that Marlboro maker Altria Group Inc. is in talks to buy a stake in Canada’s Aphria Inc.

But the calculus is different for packaged-food giants like Mondelez International Inc. and beverage makers such as Coca-Cola Co. With the caveat that this category is evolving rather quickly, we see so far that smoking and vaping appear to be the most popular forms of cannabis use in key states where it is legal, with edibles trailing behind. In other words, cannabis is gaining traction in a way that doesn't particularly lend itself to the core competency of the packaged-food companies.

And, importantly, the packaged-food industry has enough of a challenge on its hands without diving into a highly unpredictable new line of business. Shares of these companies have sunk this year as investors continue to doubt their ability to adapt to consumers’ embrace of fresh food. This industry is better off now trying to solve that central problem by reformulating their food in more health-conscious ways, jazzing up their marketing and launching new brands — to the extent they can afford major outlays.

If packaged food companies choose to stay out of the cannabis fray, though, they should make sure they are doing so for the right reasons. I was struck by the way Dirk Van de Put, the CEO of Mondelez, framed his decision on this in an interview earlier this year with Bloomberg News. Van de Put said the company that makes Oreos and Ritz crackers isn’t jumping into cannabis-infused products because it is "a company of family brands and big connections to kids and families, and we don’t think it's our place to play in that market.”

This seems like the wrong way of thinking through the decision. Polls show consumers are becoming more accepting of marijuana.

And consultancy A.T. Kearney recently surveyed U.S. consumers about how they’d react to brands getting into this business. Their findings suggest there isn’t much reputational risk.

That said, it’s hard to feel ultra-confident about my predictions for the marijuana market when it remains shrouded in so much uncertainty. For example, it’s difficult to get a read on just how big the U.S. market for these products could be. Stirling, the Bernstein analyst, points out that states like Colorado benefit now from a marijuana tourism of sorts that would likely fade if it were legalized nationally. So how predictive, really, are the per-capita sales there?

And some of the experimentation in this arena is in products infused with CBD – a compound in marijuana that treats pain but does not create a high. (Coca-Cola, for one, has said it is “closely watching” this corner of the market, though doesn’t have plans to get into it). Are these wellness-oriented products a tiny niche or passing fad, or a category in their own right with the potential to command equal or greater sales than those types that fall into more of a vice category?

Also, I am fascinated that the Canadian government has estimated that, in the fourth quarter of 2018 — the first period in which cannabis is legal there — 49.2 percent of current cannabis users will switch to legal purchasing. I thought initially that figure seemed low. Why, I wondered, would that many people take their chances on an illegal transaction if they didn't have to? But Kenneth Shea, a Bloomberg Intelligence analyst, convinced me otherwise: He thought that figure seemed high, because prices might be lower on the black market, and it may take time for it to become convenient to buy cannabis products legally. Indeed, the country is already seeing a shortage in legal supply.

All of that is to say there are wildly different possibilities for what kind of opportunity legalized bud presents. At least for now, packaged food companies should keep working on the turnaround prospects they know already are the real deal. 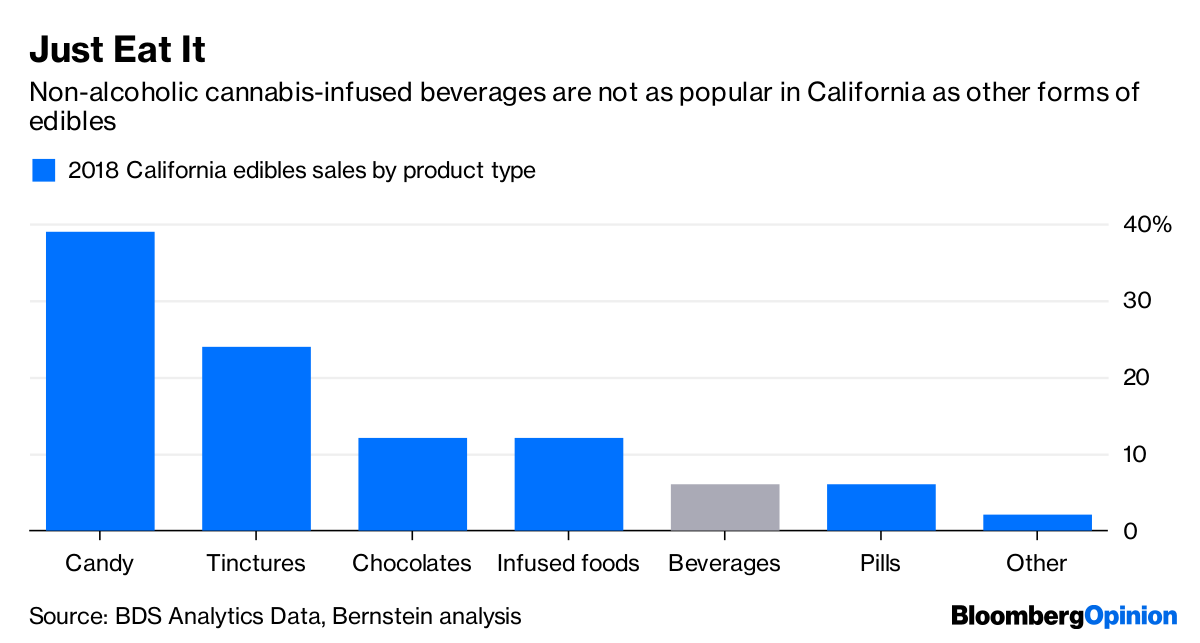