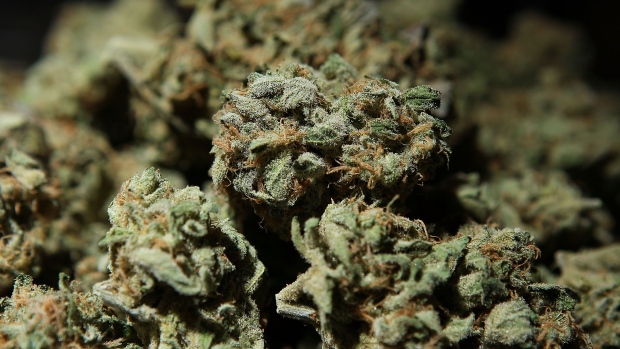 The blockbuster deal, which dwarfs Tilray Inc. and Aphria Inc.’s $3.8 billion-valued merger as well as Constellation Brands Inc.’s multibillion-dollar investment in Canopy Growth Corp., shows the growing interest in pharmaceutical-grade cannabinoids. With big money flowing into this market and the broader industry, it also portends more megadeals ahead.

“Capital is back in the cannabis sector,” Bill Doran, a partner in Benesch’s Chicago office specializing in mergers and acquisitions, told me last week.

After a financial drought for even some of the biggest multistate players, activity is heating up just as the march toward U.S. legalization -- at both the state and federal levels -- picks up pace, creating a perfect environment for an M&A boom. The big question now is where those deals are likely to happen.

Doran predicts California will be a key. Despite being difficult to evaluate because of the persistence of the black market, there are a lot of small, promising brands with loyal followings.

“Multistate operators that aren’t there already will set their sights on California,” he said. “It’s by far the biggest market in the country, and it eclipses the entire Canadian market from a demand perspective.”

States that have medical markets but haven’t yet legalized recreational use will also continue to attract companies that want to get in before the legal change, he said, citing Cresco Labs’ recent $213 million deal with Bluma Wellness to move into Florida.

Investors will also look to ancillary technologies that support the industry, such as logistics companies and e-commerce specialists. Think Uber-Drizly’s alcohol-delivery deal, but for cannabis. Again, California is a ripe geography for acquisitions, because cannabis has been legal for longer there, giving it a more developed market.

While there are hundreds of smaller players that may be eager to pair off, economics favor companies with more scale, said Matt Hawkins, managing partner of private equity firm Entourage Effect Capital.

“Companies that are larger and can move quickly to sell to institutional capital or large CPG, alcohol, pharmaceutical, nutraceutical and tobacco companies are going to be the ones the market rewards first,” Hawkins predicted. His firm has deployed more than $150 million in about 66 investments in the cannabis industry.

One of the most interesting factors to watch in this consolidation is the science. A growing number of companies are pursuing research on the compounds in marijuana plants and their effects on specific diseases and disorders.

That was a central factor in the GW-Jazz deal. GW makes an epilepsy medication called Epidiolex, the first drug derived from the cannabis plant to win approval from the U.S. Food and Drug Administration. But it wasn’t just about Epidiolex -- it was also about the promise of its late-stage trials for other cannabis-derived compounds to treat things like multiple sclerosis, autism and schizophrenia.

Pharmaceutical companies aren’t the only ones interested in rare cannabinoids, which can be extracted from plants or synthesized from labs, and usually come without psychoactive effects. In a recent overview of players in that space, ATB Capital Markets analyst David Kideckel pointed out that the market, already worth around $20 billion, is also attractive to consumer companies.

Cannabinoids are likely to become a “critical” ingredient in pharmaceuticals and consumer goods, he wrote. With that in mind, the GW deal is a “game changer for the industry.”

This newsletter currently publishes Sundays at 10 a.m. New York time. We are considering moving its publication to Monday mornings before the start of regular trading. If you have any questions or concerns, please contact the columnist at: tkary@bloomberg.net

“This has been a far more stressful time in people’s lives than normal. People are also looking for more ways at home to entertain themselves, and cannabis was something that could fill the gap,” Kelly Nielsen, vice president of insights and analytics at BDSA, said in an interview. The group found a 34% increase in people saying they’re shopping more often for cannabis during the pandemic, generally to deal with stress and anxiety.